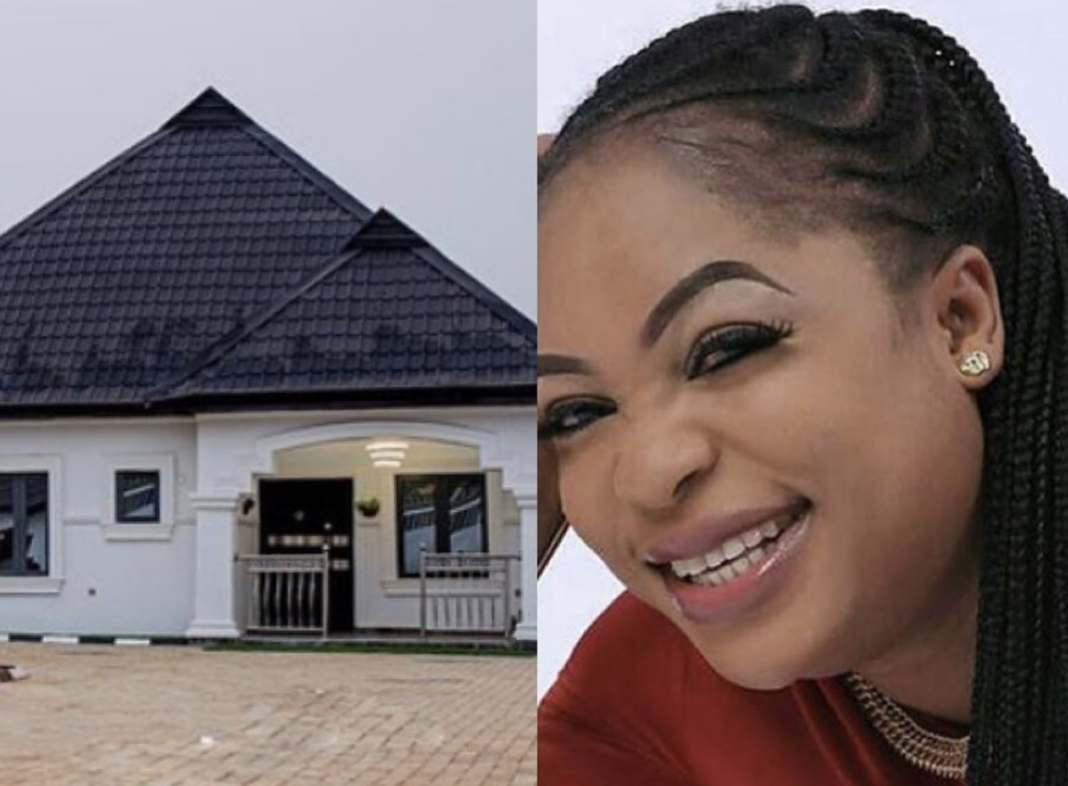 Kemi Afolabi has reportedly built a new mansion worth millions of nairas for herself.

This was known after Nollywood actress Abiola Adebayo took to her official Instagram handle to make the announcement.

Abiola Adebayoi shared a collage photo of the mansion and the 42-year-old renowned Nollywood actress who have won several awards including best Yoruba movie producer of the year at the city people award and congratulated her.

Sharing the photo with her over 999K followers, Abiola Adebayo stated that her heart is full of joy and happiness for Kemi Afolabi. Adding prayers that may this be the beginning of a major breakthrough in her life and her family.

“Congratulations to my baby Anota????????
My heart is filled with so much joy and happiness darling.
May this be the beginning of a major breakthrough in your life and family by God’s Grace.
Keep shining sis @kemiafolabiadesipe,” she wrote. 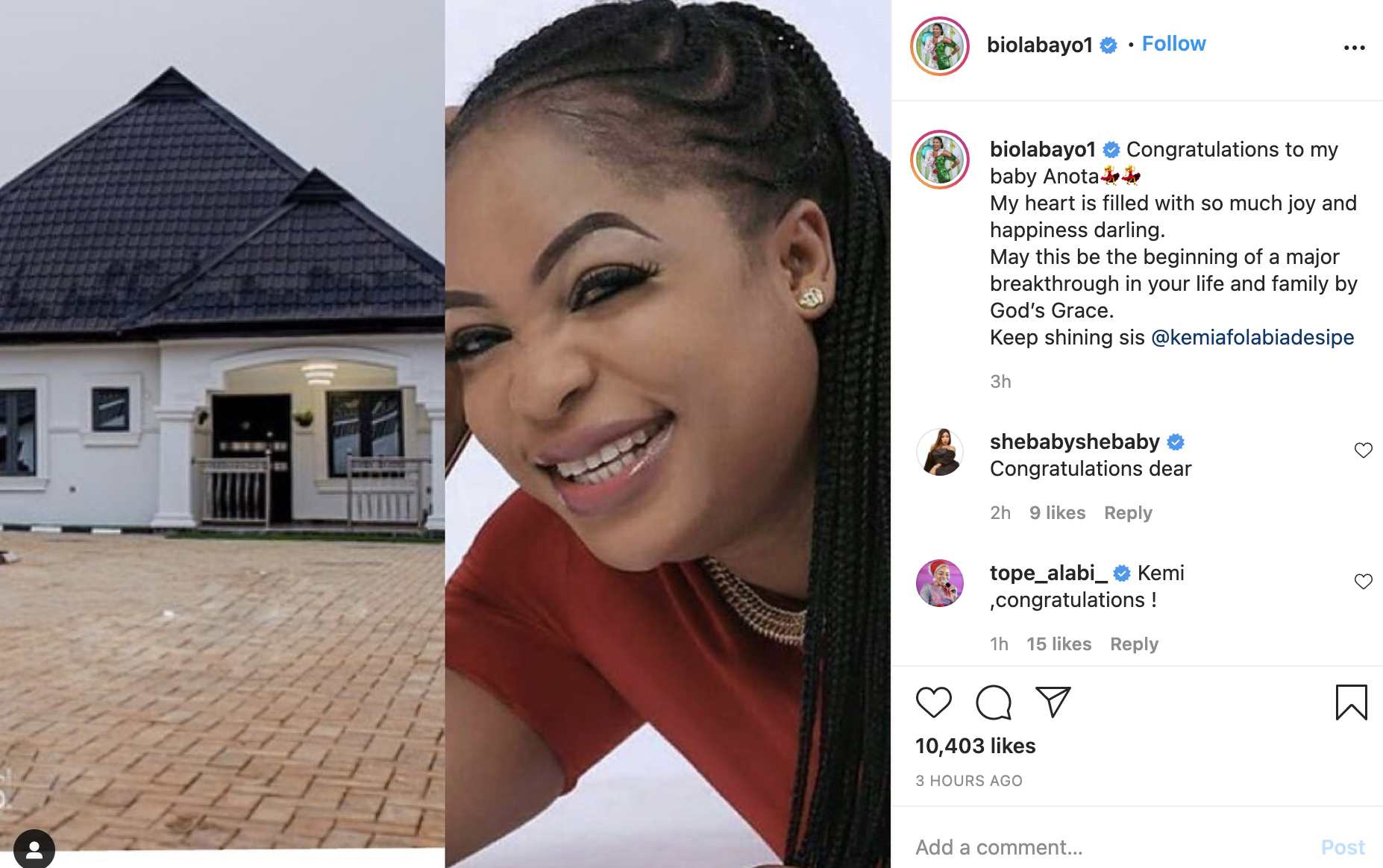 “Must she give her that kind of kiss?” – Kemi Afolabi gets scolded for kissing her daughter