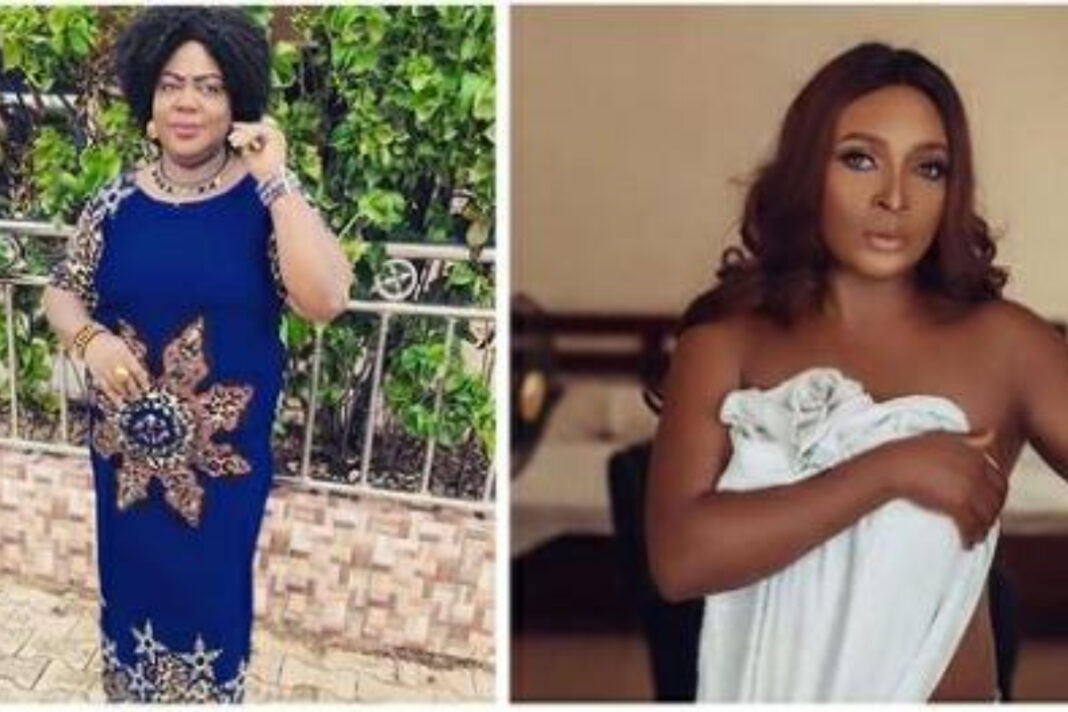 Uche Ebere has slammed Blessing Okoro for shamefully defending her nude photo after claiming nudity will always sell in Africa.

The controversial Nigerian relationship expert and blogger took to her official verified  Instagram handle and shared a half-nak£d photo of herself and said men who go haywire upon seeing a nude photo of a woman are $ex starved, and in their minds, they have already slept with the woman just looking at the nude photo.

According to Blessing Okoro, women who also rebuke their fellow women for posting nude on social media do so because they are very ugly inside and can’t imagine that someone has been able to show their imperfection.

Nollywood actress Uche Ebere reacting to that said, Blessing Okoro defended her actions in the long piece she wrote because her conscience is disturbing her, if not, she wouldn’t have done that.

According to the actress,  if Blessing Okoro is going out, she should dress the same because she’s doing so well by shaming herself and her people with that attitude of hers defending it. 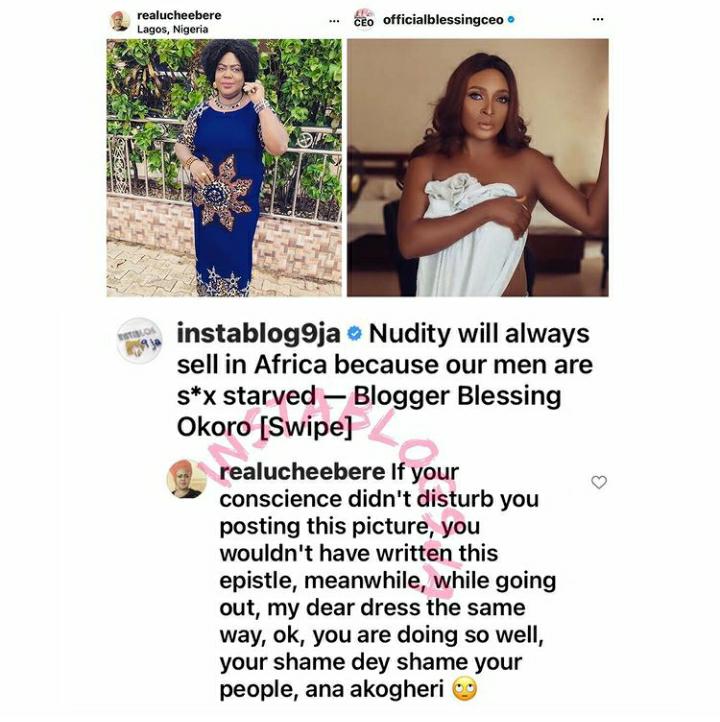 “A Lot Of People Talk Based On How They Feel, Not How It Is”- Blessing Okoro

Neo Reacts After OAP Henry Skule Dragged Him On Social Media For Snubbing Him At...

Kiddwaya Can Afford All These Things So What’s The Charade? Reactions As Fans Gift Him...

Fani-Kayode’s Ex-wife, Precious Claims, He Had Her Drugged, Stripped Naked, And Incarcerated At A Hospital...

BBNaija Stars, Prince, Nengi, Vee And Neo, Nailed It In Their Outfit To The Premiere...

Precious Chikwendu, Ex-wife Of Fani-Kayode, Seeks Full Custody Of Their Kids And N3.5m In Monthly...

Photos Of How Your Favorite Nigerian Celebrities Pulled Up To The Premiere Of “Coming To...

Fani-Kayode’s Ex-wife, Precious, Accuses Him Of Assult; Says He Was Beating Her Occasionally And During...