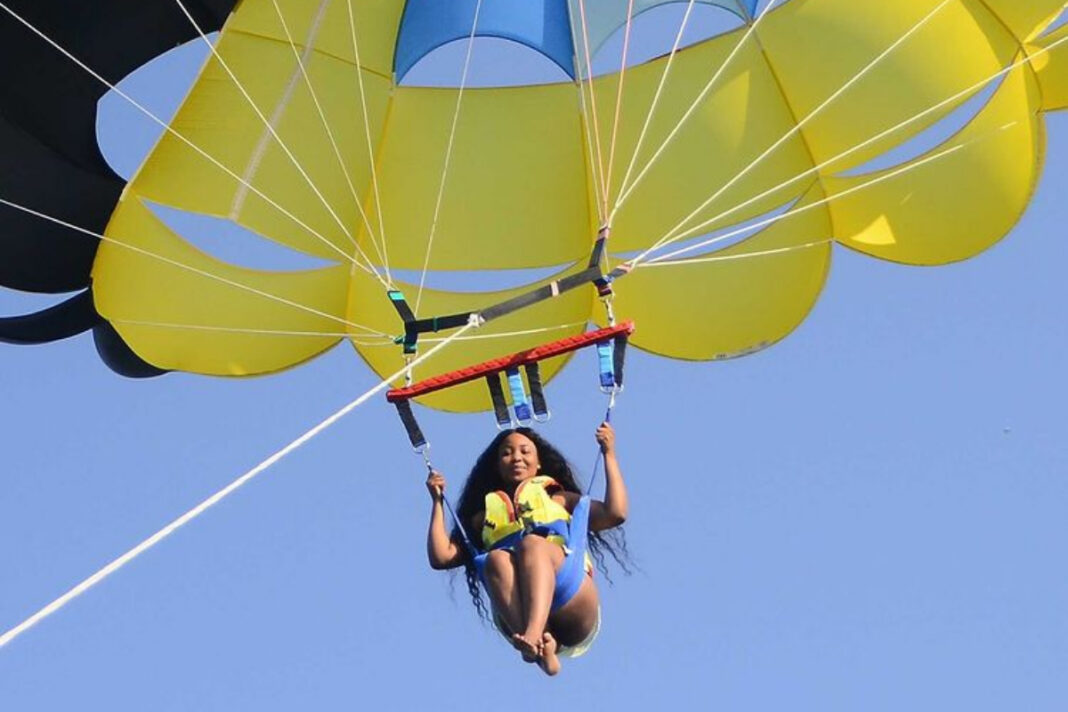 The love interest of Kiddwaya, Erica Nlewedim, has uploaded a video of a parasailing moment in Dubai.

In the caption of the video shared was her first experience in parasailing. Erica has been in Dubai for days, touring the city of Dubai for fun and self-fulfillment. She has sported parasailing with her guards.

Though she was scared due to that being her first time, she was on cloud 9 because it was fun. Erica left for Dubai weeks after Kiddwaya denounced her in an interview. This induced her pain and anger to react and to advise her fans to not indulge anybody in her name.

Hours after her post, it was discovered that Erica Nlewedim and Kiddwaya have unfollowed each other on social media. This clearly indicates how bad she felt to have been trashed by kiddwaya. Kiddwaya in an interview explained that he has no love and is now searching for a lover.

To him, he would love and marry who he wants when the needs arise. This got the elites angry to deal with him and to threaten him for insulting their queen.