Erica Nlewedim has taken to social media and hit back at her critics by bragging that she is a queen.

The former housemate of the Big Brother Naija season five reality show who recently revealed that she can never disrespect Wizkid after a follower disagreed with one of her posts suggesting naming her little boy after Starboy, took to her official verified Instagram handle and shared a beautiful photo of herself with her fans and followers.

Sharing the photos with her over 1.4 million followers on the photo and video sharing platform, the 26 years old reality star jokingly advised her female followers to aim to be successful, but not too successful otherwise they will threaten the man while adding that she is the queen of her kingdom.

Don’t get it twisted, this is my shit bow down bitches! I’m the queen of my kingdom and I wear @kukushair under my crown,” she wrote. 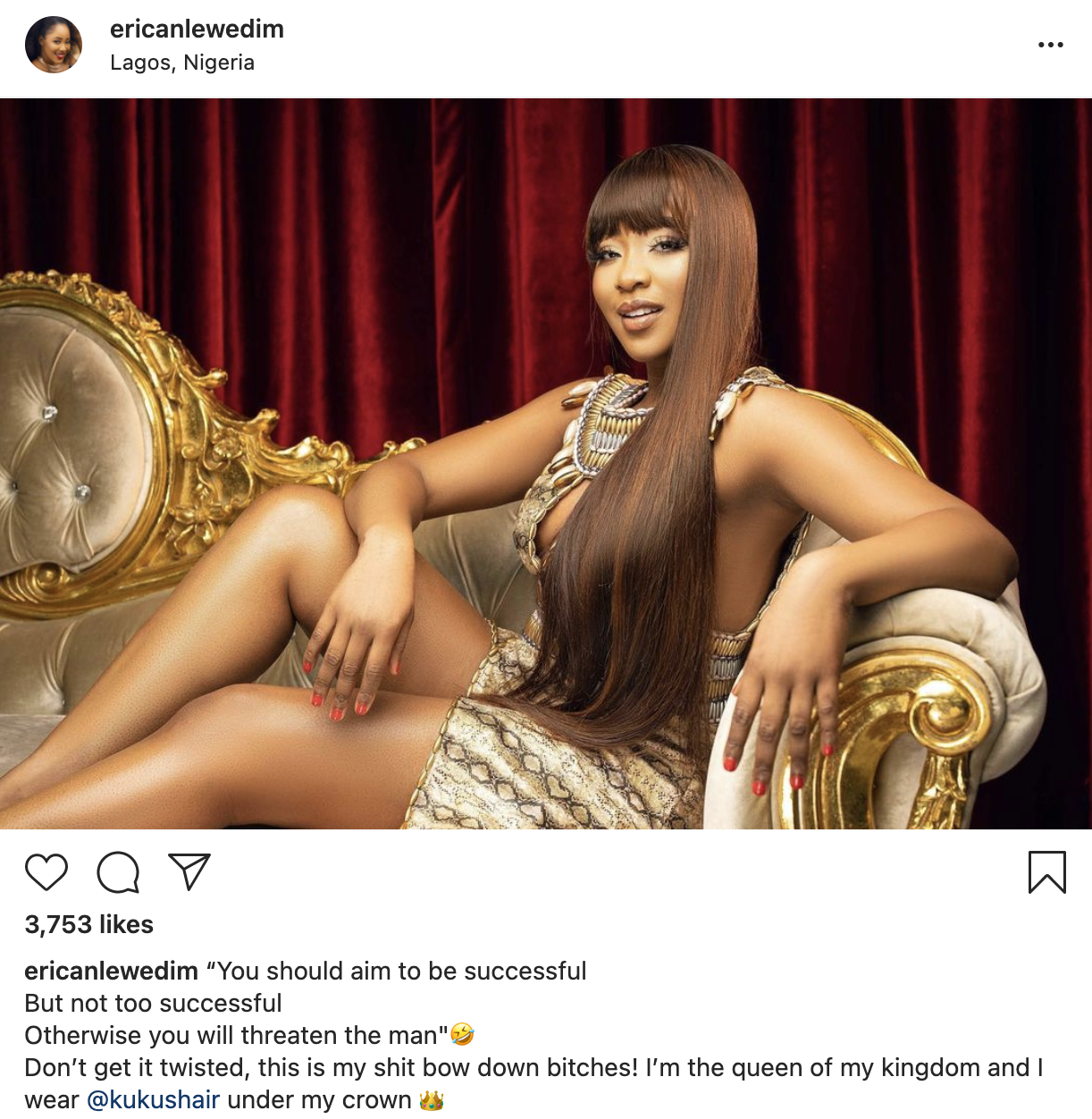