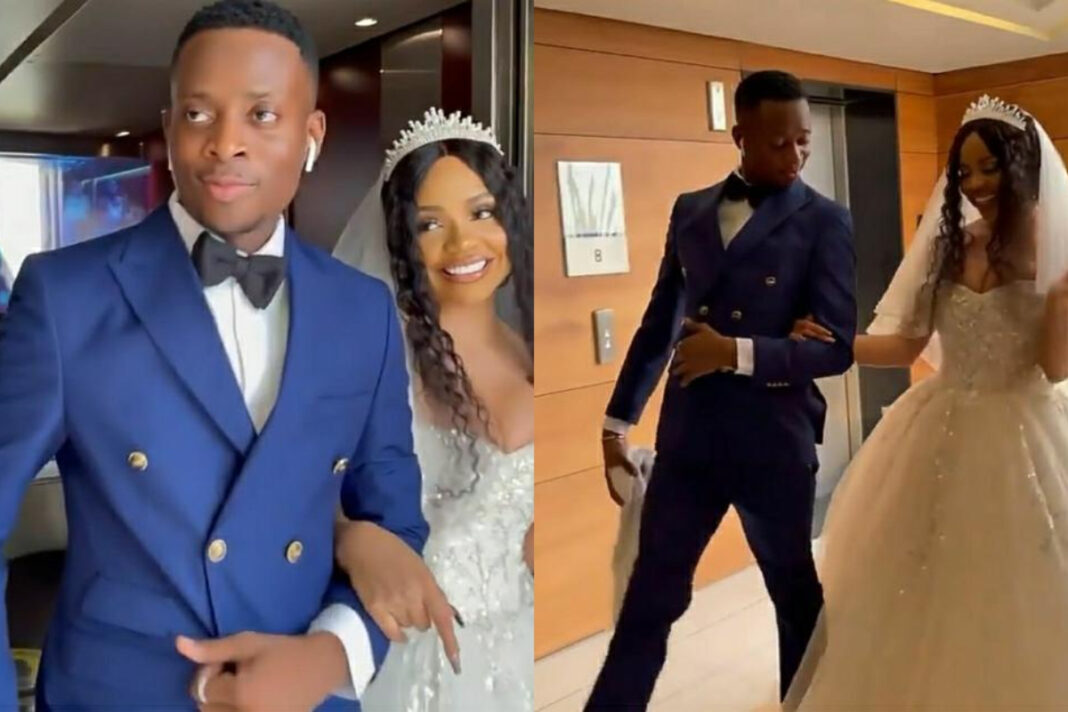 Nengi acting as a bride in Syndey Talker’s comedy skits is looking nice and lovely in her gown after saying ‘Yes’ to his proposal.

The comedian and the former housemate of the Big Brother Naija season five reality show made fans believed they are getting married after posting on Instagram that they are engaged when it was actually a comedy skit.

Photos of Rebecca Nengi Hampson, who recently took to social media and eulogized her mother while celebrating her 23rd birthday, and Syndey Talker dressed as a married couple set to walk down the aisle have popped up, and fans are drooling over how beautiful the senior special assistant to the governor of Bayelsa looks in her wedding gown even though it’s just for a skit.

Nengi was holding the hand of Sydney Talker, which can easily convince anyone to believe they are married couples.

Check out the photos below; 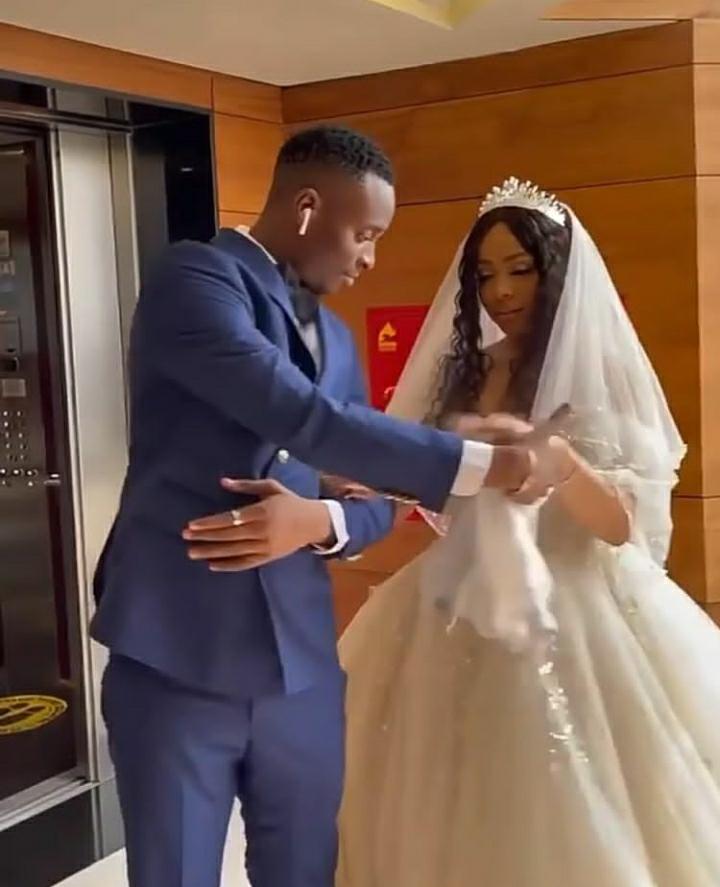 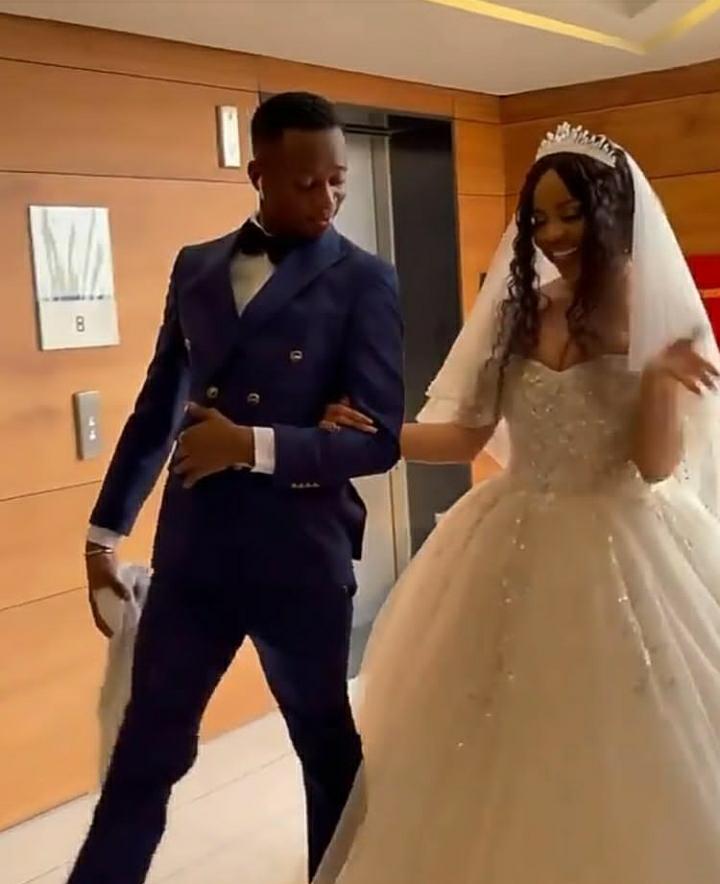 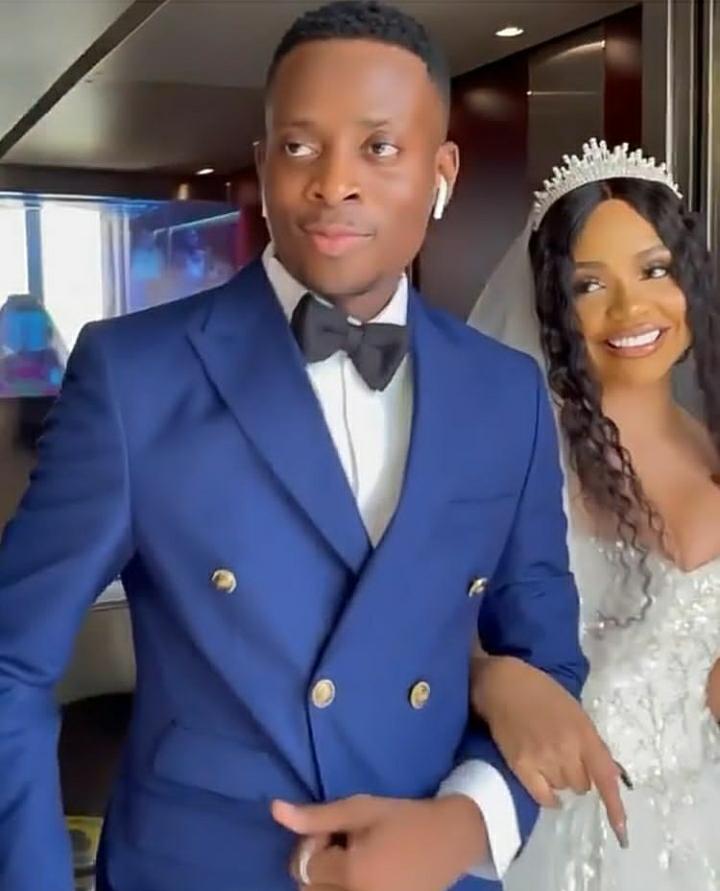 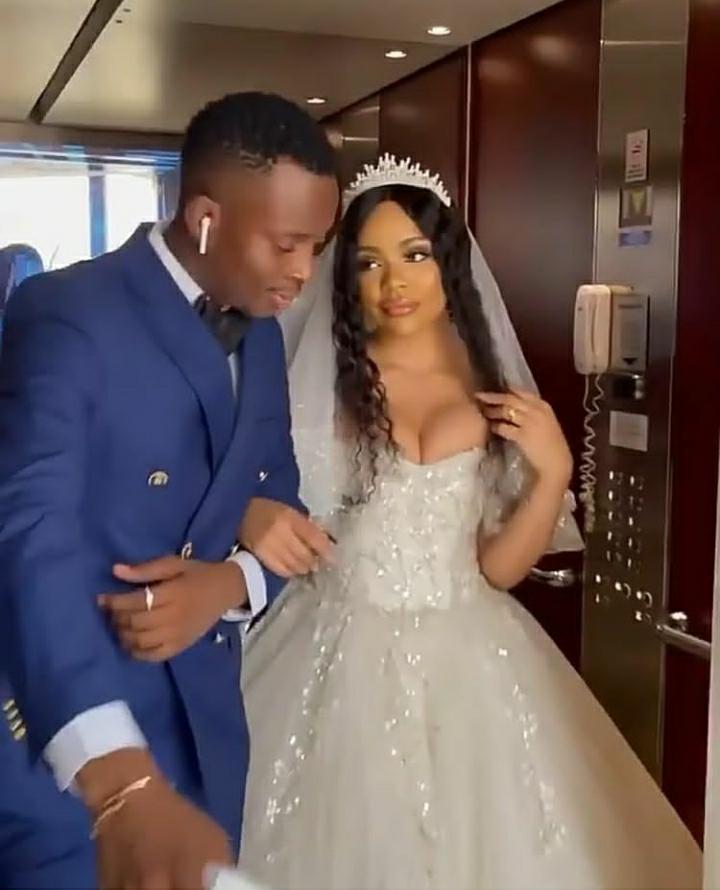