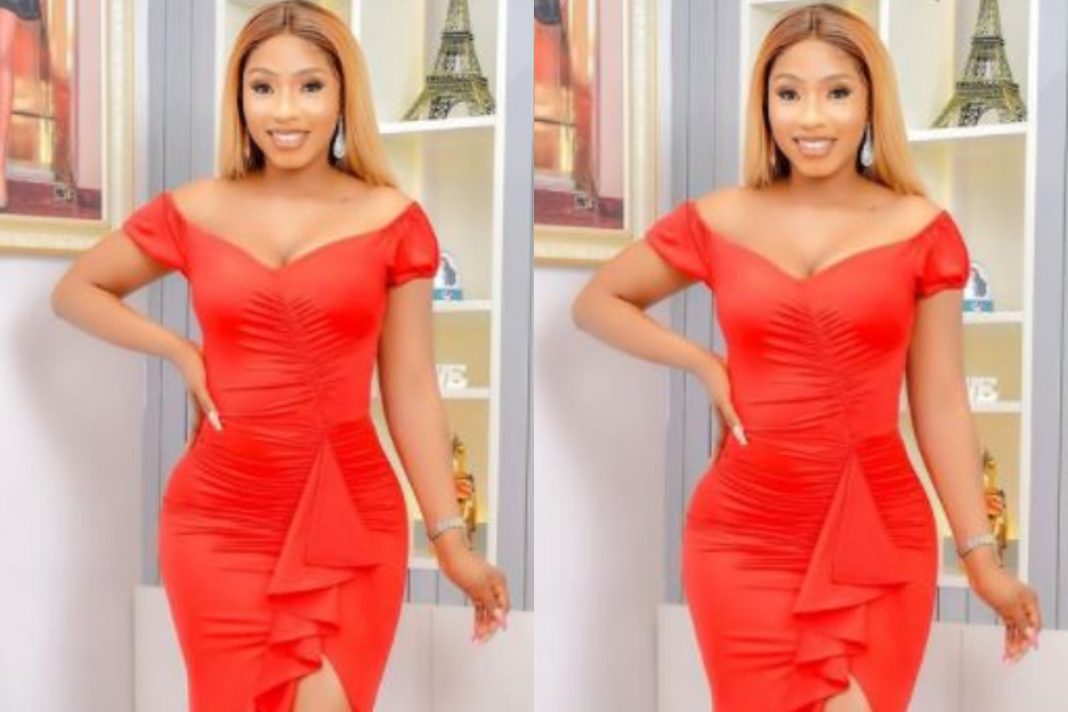 The winner of BBNaija season Four, Mercy Eke, has caused a massive stir on social media with her new lover called Tana.

In a video sighted, she was seen twerking for her lover as he feels her nyash This has gotten mixed reactions on social media. This is because they feel she is doing that to activate the jealousy of his ex-lover, Ike Onyema. Her new love, Tana is an Abia state man who bases in Atlanta.

Months after she broke up with Ike, she has been seen chilling on several occasions. In Dubai, she was seen with Mr. H. Getting sponsored by Mr. H in Dubai, got her fans confused with different allegations.

She was tagged a slay mama because they thought she has now added professional prostitution to her work. This time around, she has decided to let out her excitement in her new relationship.

Watch a video of her twerking her a$$ out to her new man.