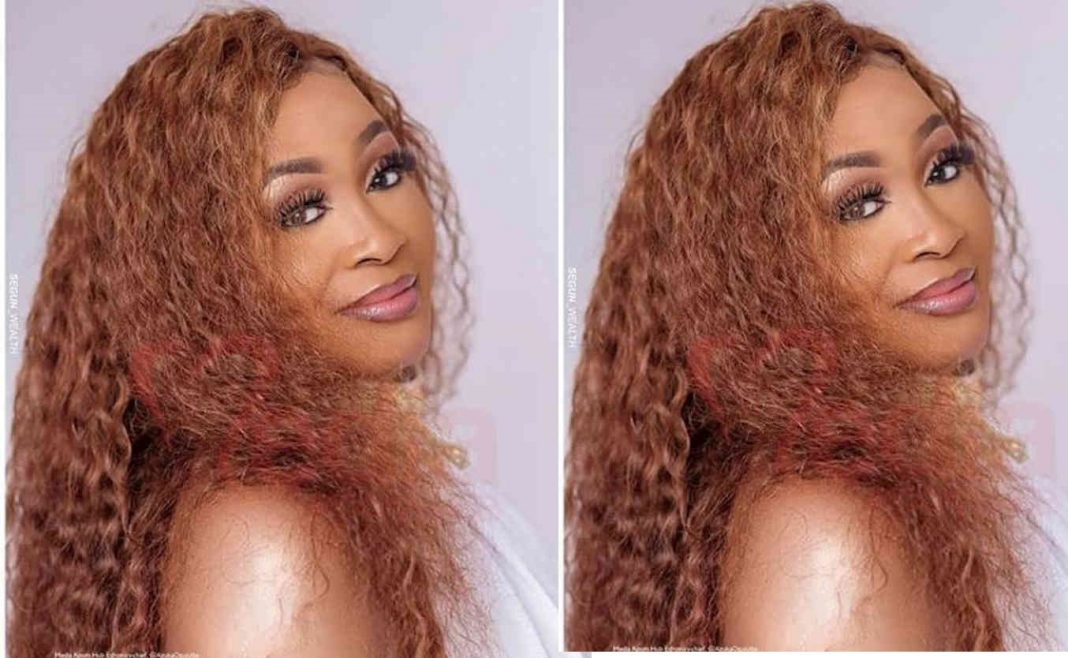 She sent a warning to Bobrisky and Samuel’s wife to be careful of their actions because they are on the verge of losing their Instagram account. Kemi alleged they are on a blacklist of Instagram. Hence, the high chance of losing their account. According the retired pharmacist, Chinwe went too far with Emenike’s wife.

It was alleged the two of them are in a romantic relationship even though she is married. Kemi revealed that Instagram blogger, Gist lover, has some leaked naked photos of Chinwe and Emenike’s wife.

Dr. Kemi divulged she was going off social media sometime during her medical issues. However, she does release Information when the need be.

Bobrisky pls be careful. You and footballer Aaron Samuel’s wife are in the @Instagram BLACKLIST. Idris Stop shading your counterparts (crossdressers) Chinwe you went too far with Emenike’s wife. Now Gistlover has your naked hotel pictures on Twitter. 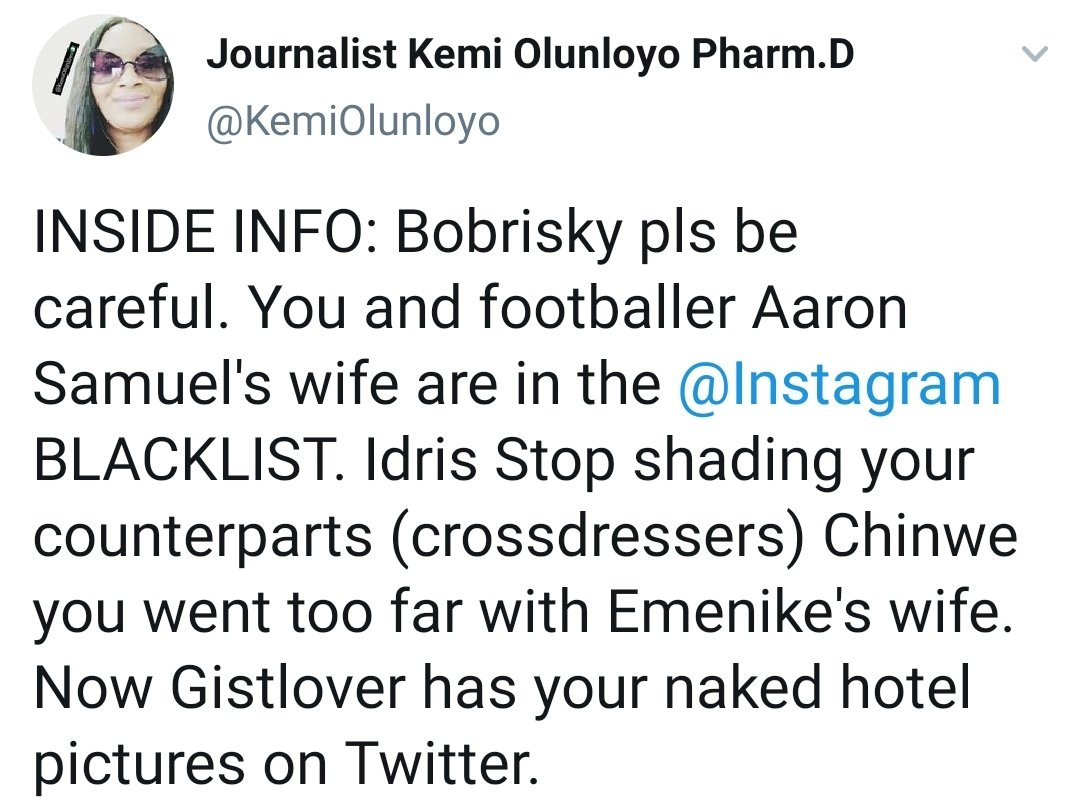