The right man of Burna Boy called King Manny has faced the backlash of some fans of Wizkid after he slammed him on social media.

Few hours after King Manny spoke about Wizkid Fc being lucky, his comment box was filled with insults . Recall he indicated on his new instagram account that WizKid‘s fans are lucky. This is due to the new relationship between them. According to him, social media users are responsible for the beef that ensues between them.

Adding to his statement was the fact that, there would be peace if not for their negativity. King Manny disclosed how prepared they were because of the violent act of Wizkid FC. However, they backed off due to the new development in the camp.

The tans of Wizkid got offended and felt King Manny was talking with pride. To them, Wizkid has been disrespected, indicating that he is supporting the wrong person.

See screenshots of the reactions below: 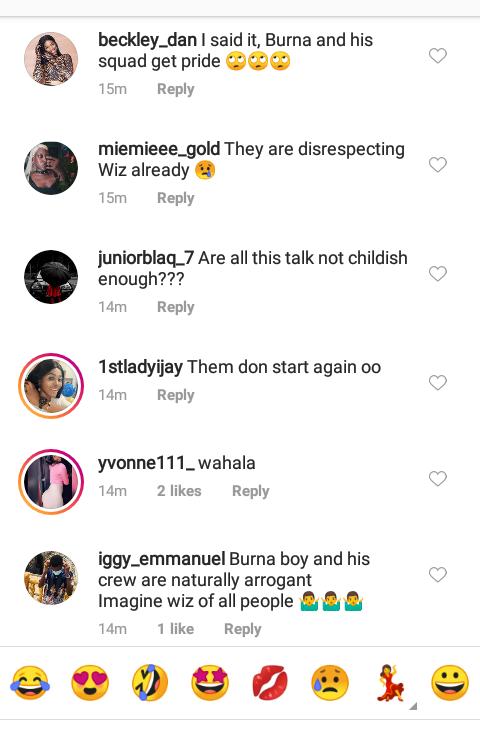 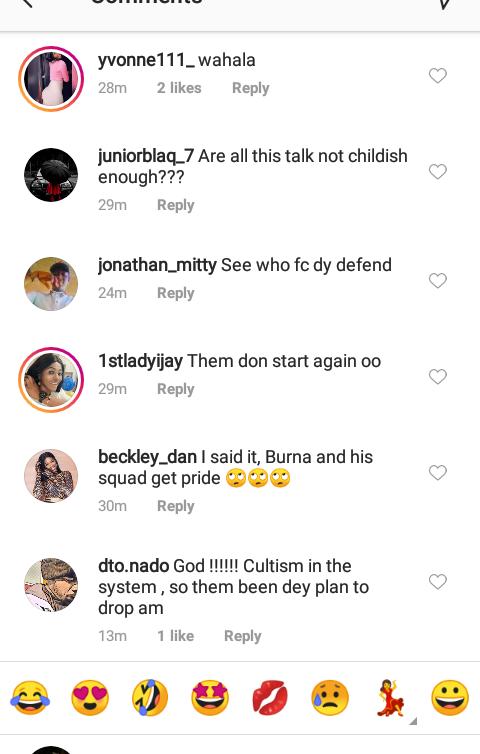