Actress Regina Daniels husband, Ned Nwoko, has sparked reactions on social media after he shared an adorable picture of himself and his first wife, Laila Charani.

Ned Nwoko who posted this picture to celebrate his wife as she turns 30 also decided to answer some questions bothering his fans about him. A fan identified as ‘cadeaux_du_ciel_’ asked, “So you marry your vives from 18 or 20 years old Mr Ned?”. Ned Nwoko responded and said, “You are very clever”.

Ned Nwoko is celebrating his first wife, Lailai Charani as she sets to celebrate her 30th birthday. According to the billionaire, although it’s been over ten years knowing her, it still feels like he met her a few days ago. Laila and Ned Nwoko have three daughters and a son together.

Aside from Laila, Prince Ned Nwoko has 5 other wives including Nollywood actress, Regina Daniels. 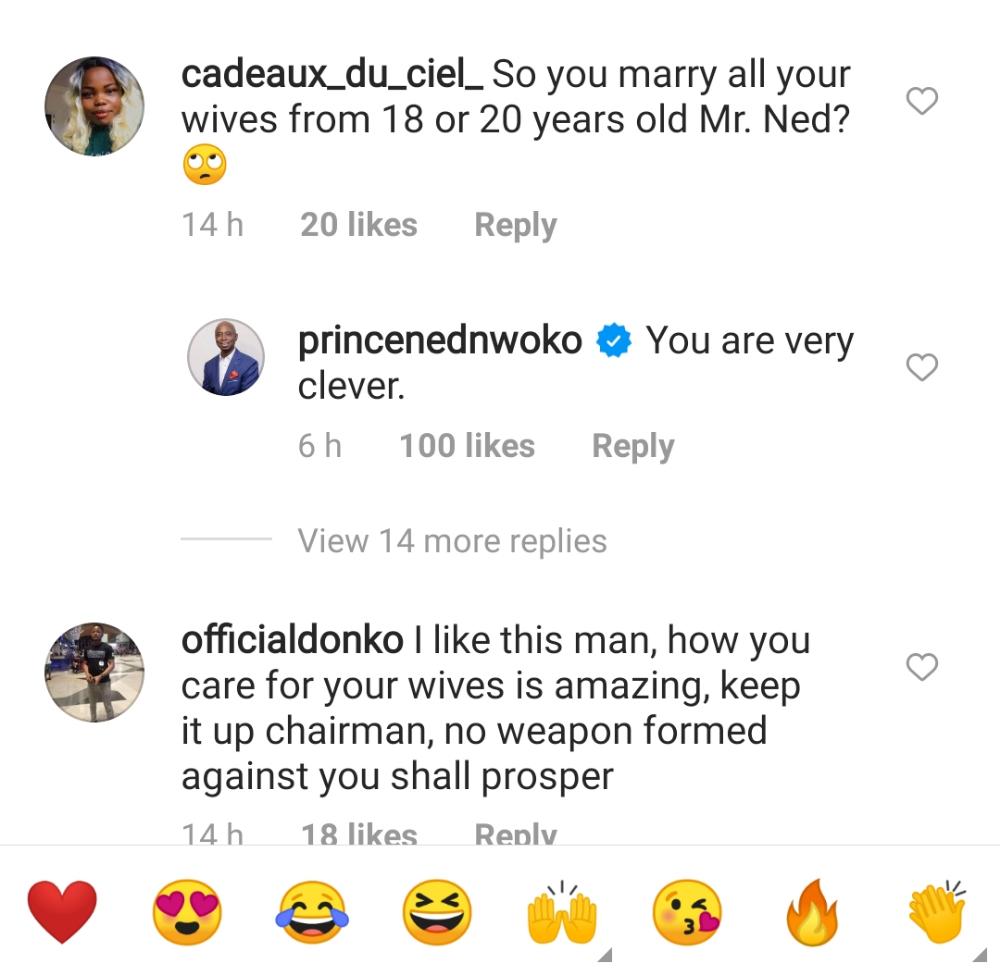