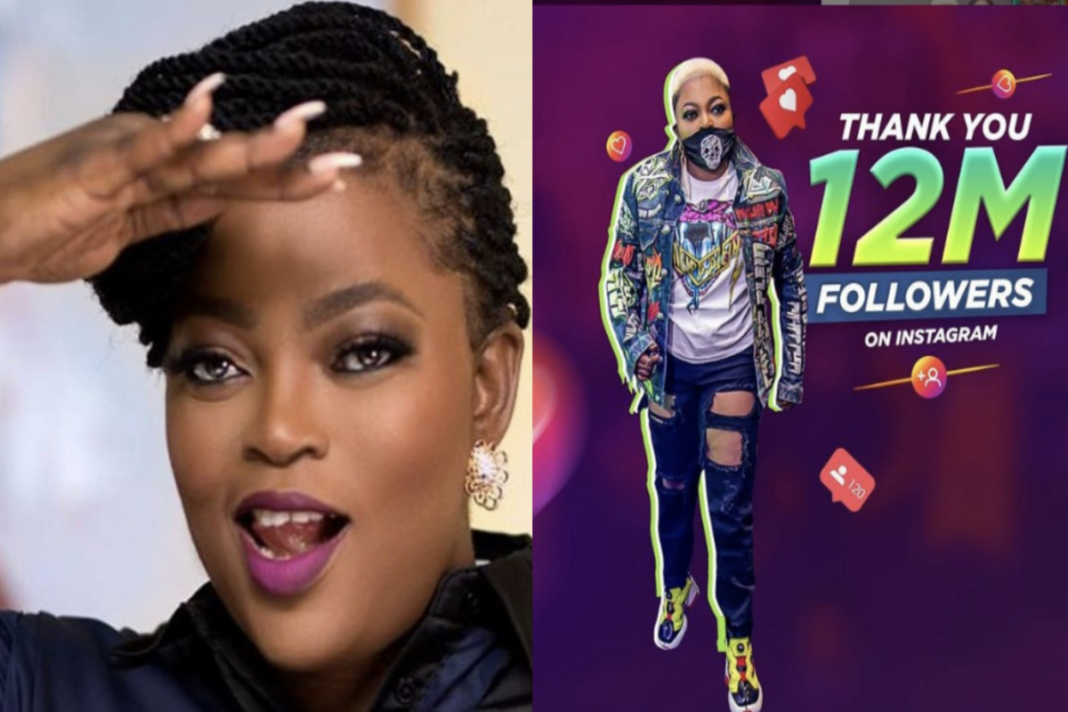 Zubby Michael and other celebrities have reacted as Funke Akindele reached a whopping 12 million followers on Instagram, becoming the most followed Nollywood actress on the photo and video sharing platform.

The Nollywood actress and producer who couldn’t contain her joy took to her official verified Instagram handle to celebrate her new followers with her fans as she has now reached 12 million followers. 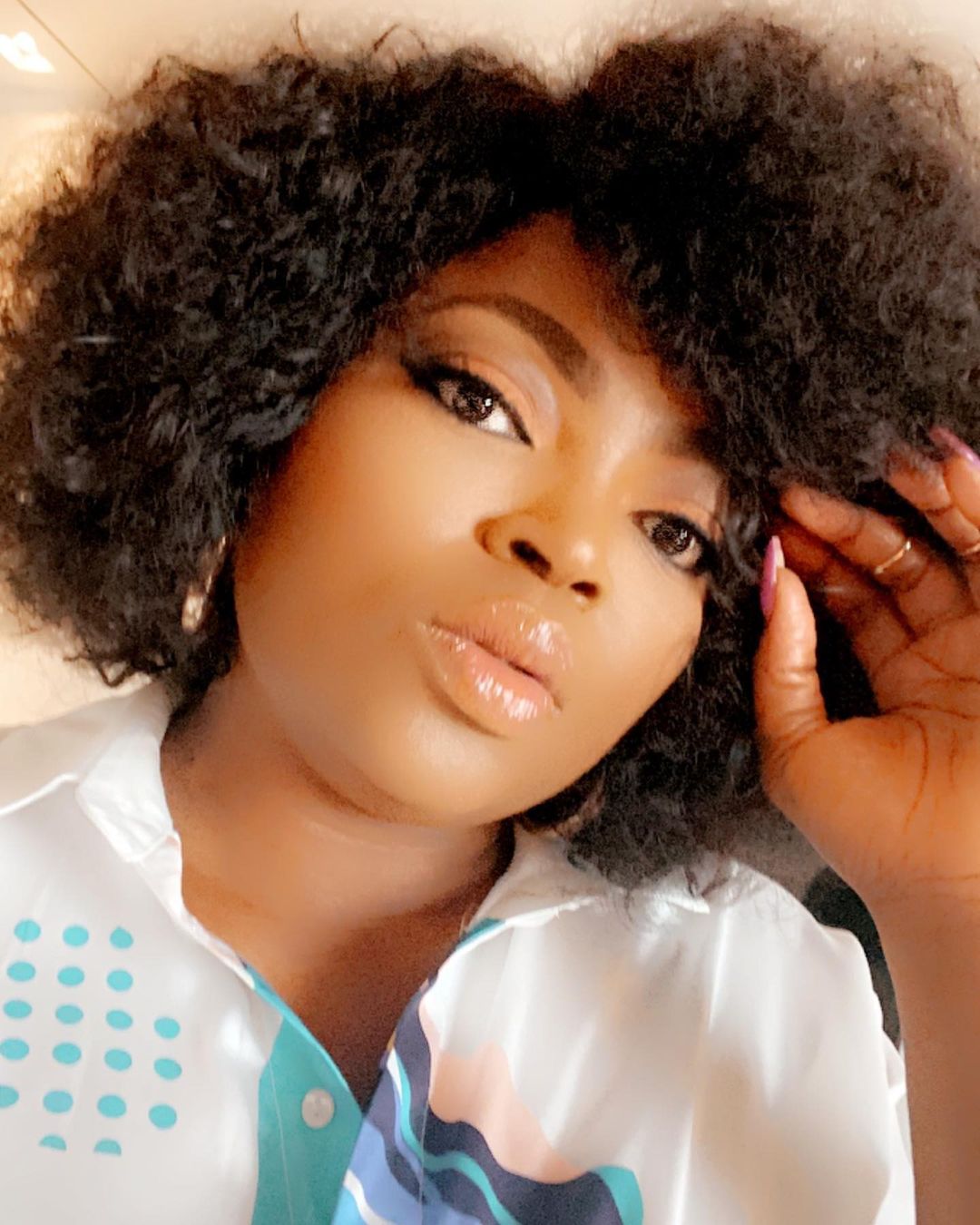 Akindele-Bello Olufunke Ayotunde, well known as Funke Akindele, who starred in the sitcom I Need to Know from 1998 to 2002 and won the Africa Movie Academy Award for Best Actress in a Leading Role in 2009, was hailed by her fellow celebrities as she hit her new mass follower numbers. Sharing the news on her Instagram page, she thanked all her fans.

“My fans are the best o!!!! Thanks for all the love!!!..Oya make we celebrate with #omoghettothesagamovie on Friday (XMAS DAY) in all cinemas nationwide #ilovemyfans #jenifans #funkeakindelefans” she wrote. 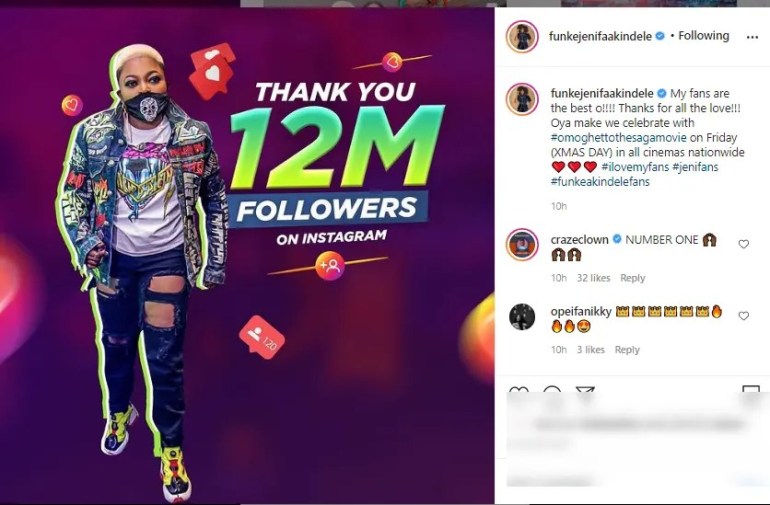 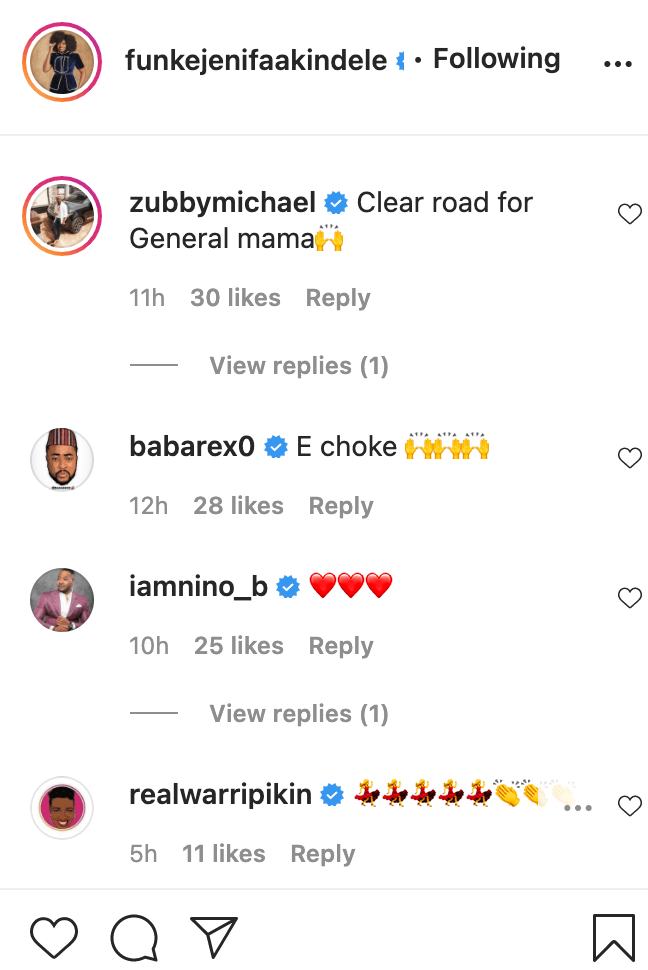