Yul Edochie has taken to social media to advise her fans and followers that it is unnecessary for one to always win every argument.

The Nollywood actress named after popular Russian actor Yul Brynner took to his official Twitter handle and opined that nobody knows it all, one must learn from others during a conversation, and in other to learn, you must allow others to speak while you listen.

“Don’t try to win every argument, it’s not necessary. Nobody knows it all.

“Rather try to learn something from every argument. And in order to learn you mist allow others speak while you listen,” he wrote. 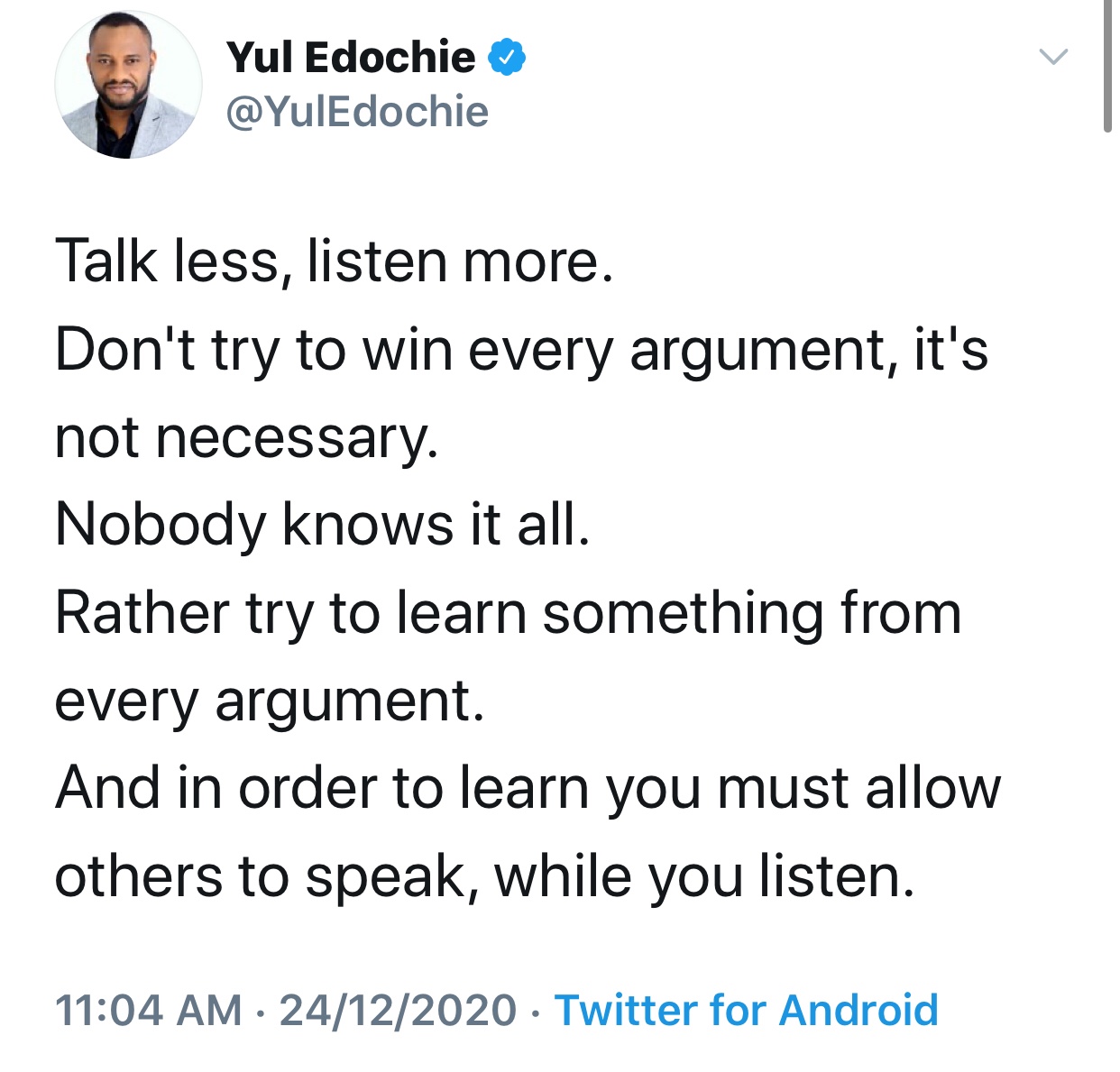 Before this Christmas, Yul Edochie took to social media to share a profound message to the world by saying 100 years from now, all of us alive today would be dead, so the constant bickering, jealousy, greed, and other negative tendencies that have shrouded every corner of the world should make way for love and peace.

Actor, Yul Edochie, Weighs In On The Tattoo Saga, Says Celebrities Whose Fans Tattoo Them On Their Body Are Truely Blessed

‘Every Morning Starts A New Page In Your Story’ – Yul Edochie’s Wife, May Shares Inspiring Post

“No One Should Be Insulted For Turning Down An Interview”- Vee Reacts After Henry Skule...