Former BBNaija housemates, Dorathy and Lilo, have been spotted in Dubai having the time of their lives together.

If readers will recall, Dorathy flew on a first-class ticket to Dubai a few days ago. She announced her travel to the country on her social media page and it is believed she is going there for a vacation and relaxation.

A few days after Dorathy left for Dubai, her colleague and friend, Lilo has also been spotted with her chilling their hearts out. Earlier, Lilo shared an adorable picture of herself and announced that she was going on a trip but, she did not disclose the exact location.

The friendship between Lilo and Dorathy bloomed after the BBNaija reality show. It is unclear how their friendship began but both of them are always seen happy and making funny comments on each other’s posts on social media. 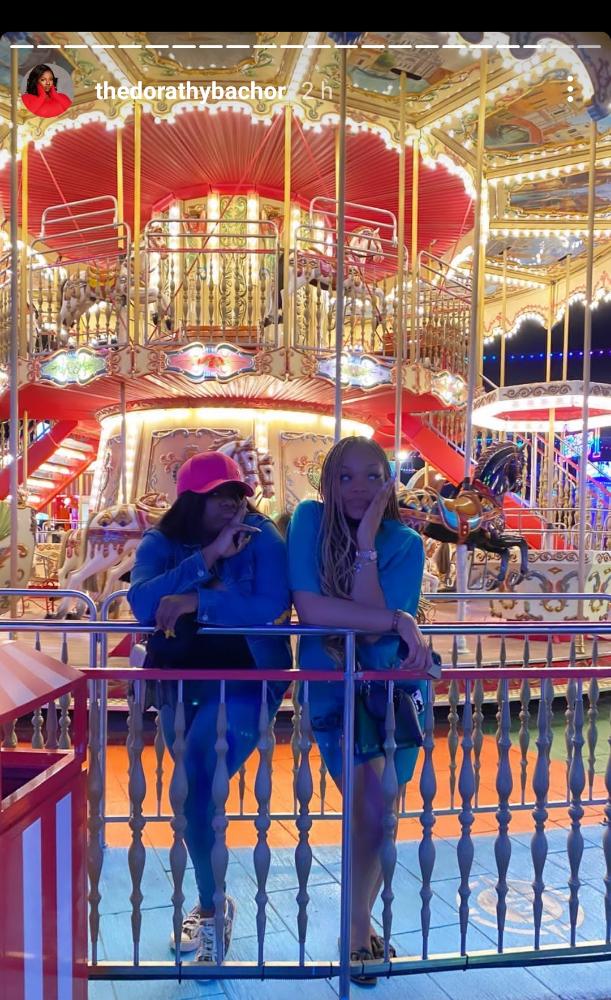