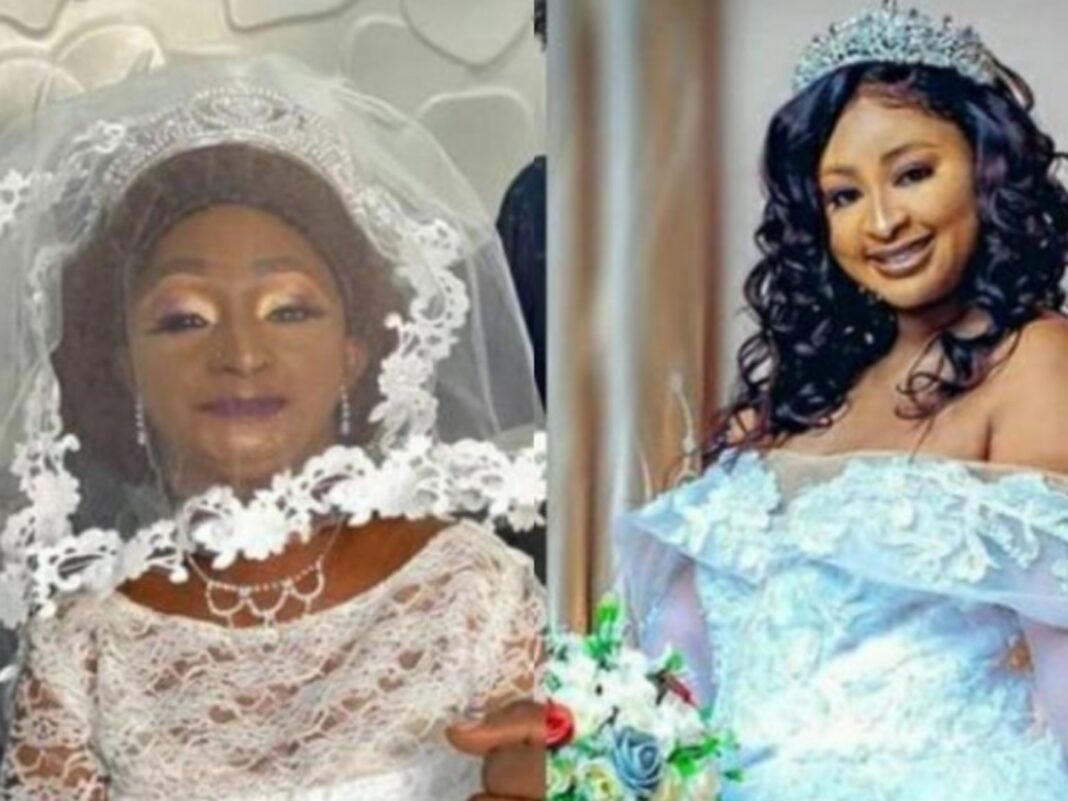 Nigerian actress, Etinosa Idemudia, has faced trolls after a photo of herself surfaced online. 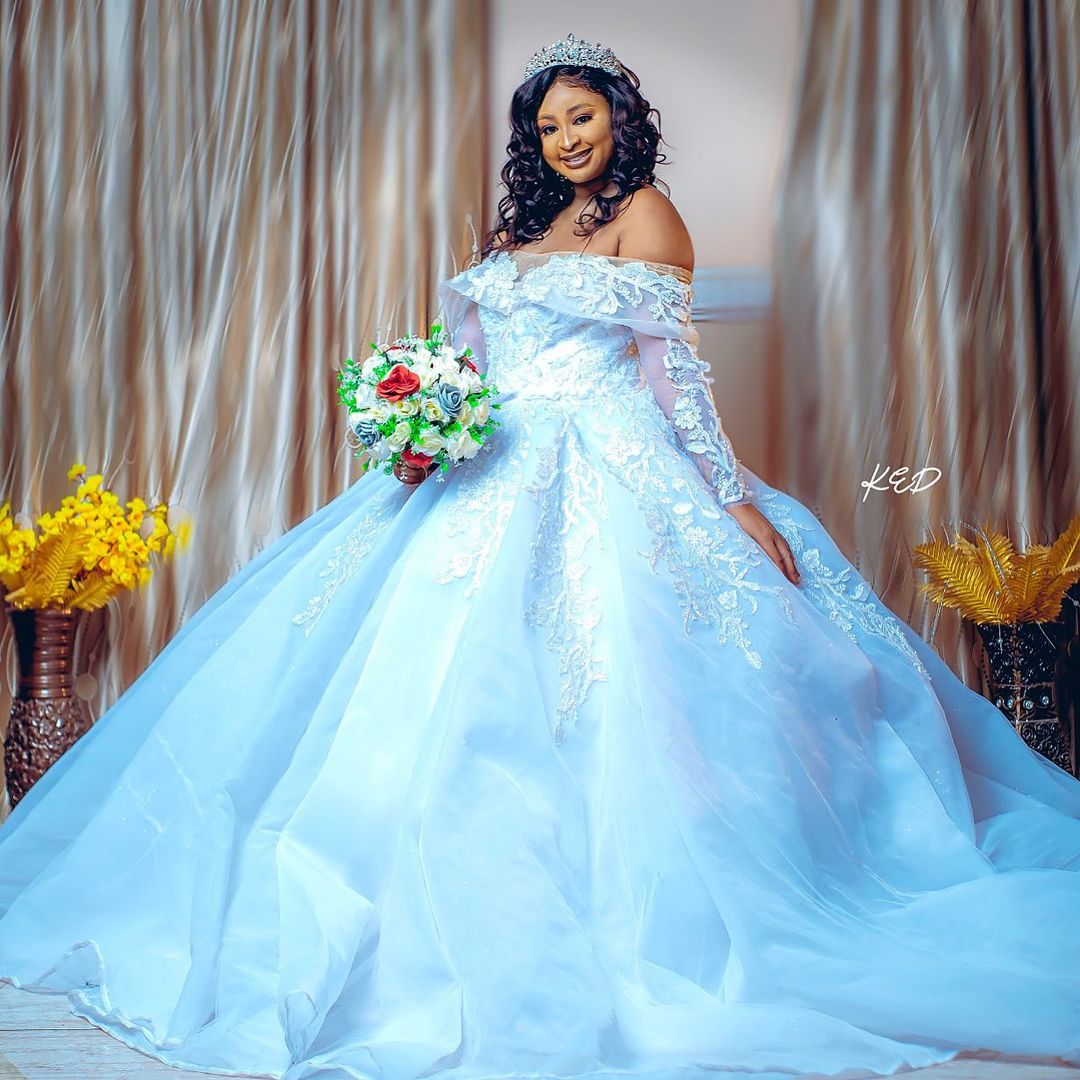 Recall she flaunted wedding photos of herself as a bride with a message to her followers in the month of love. She indicated that she was going to do a free make-up for any of her followers. These are people who would be engaged in the month of love which is February. Few moments after the photo surfaced online, she was compared to an internet sensation, Aunty Ramota.

According to the fan, Etinosa with her makeup looks like the tall version of Ramota. Etinosa Idemudia, since she publicized her birth to a baby girl has always been facing the shades of others. Her fans felt disappointed because she always advises them to never give birth out of wedlock.

However, she has made it clear that Instagram is not for anybody’s father. Hence, her decision to do what makes her feel okay. 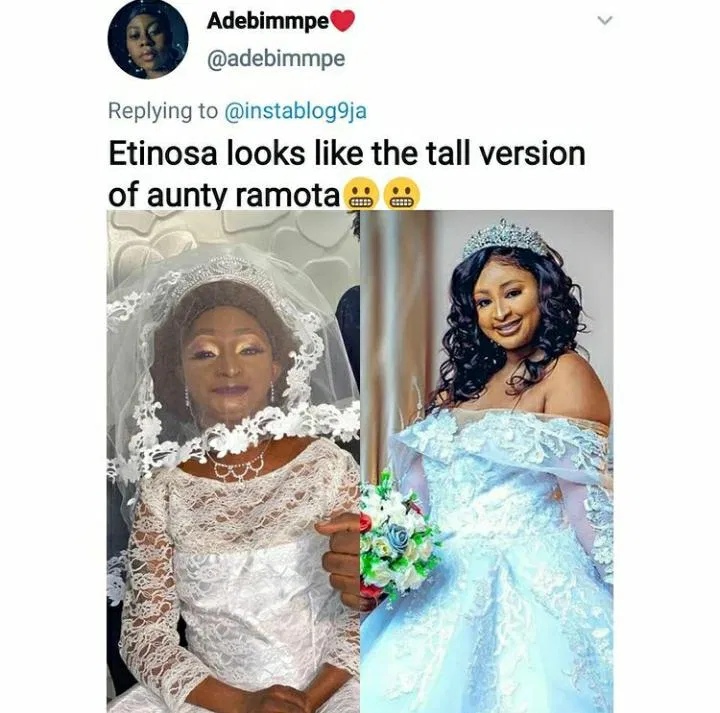