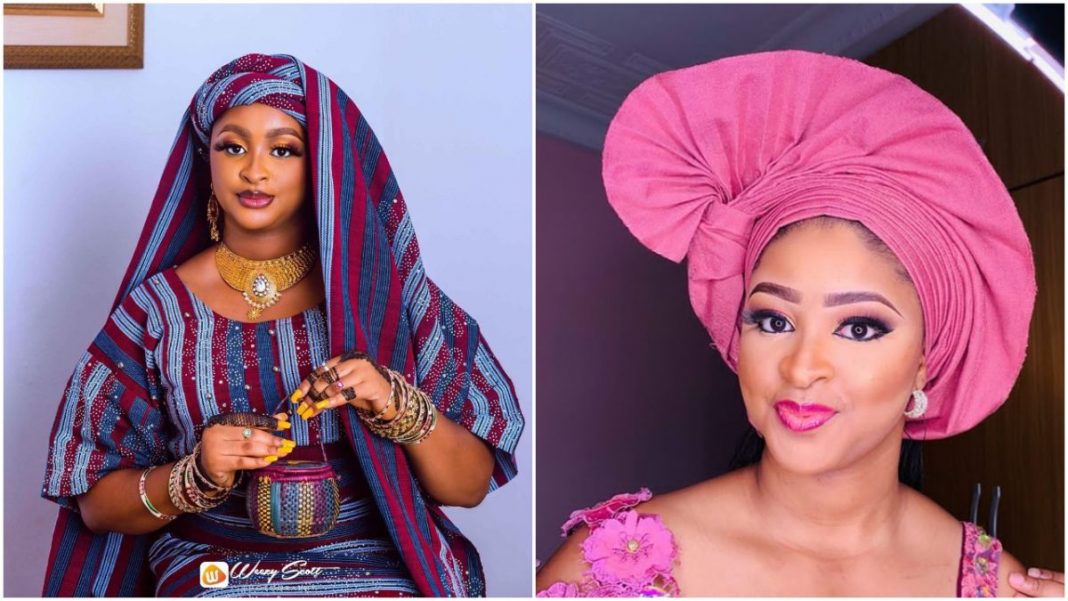 Nigerians have attack Etinosa Idemudia for taken to social media and made a claim about the fiancee of one of her friends by saying someone recently announced her relationship, but they all know the man is a confirmed gay.

The Nigerian actress, a social media influencer, filmmaker, and internet celebrity took to her Instagram stories and stated that the friend recently announced her relationship, however, some of them who knew the guy knows he is a gay.

According to her, she doesn’t know whether she should tell her or mind her business and leave it to God.

“Someone recently announced her relationship in house but a few of us know the man to be confirmed gay. I don’t known whether to tell her or just mind my business and leave it to God. I mean he makes her happy according to her. I want to assume they have been in bed together and he made her in that department too so My conscience is all over the place. It is well… The Mysteries of life.” She wrote. 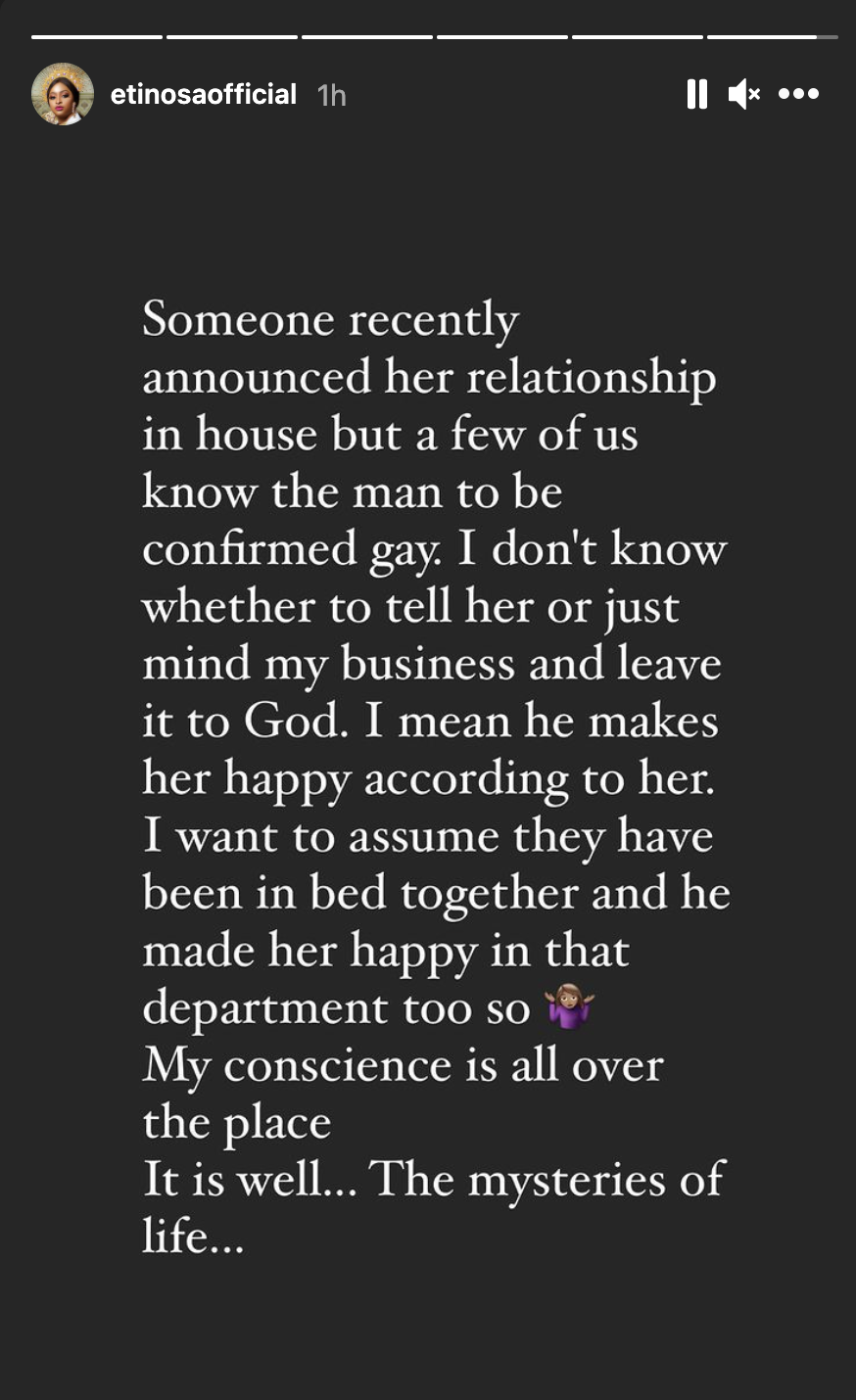 Social media users reacting to this blasted her by saying it was none of her business to meddle in other people’s affairs, so she should keep quiet over there.

Read some of the reactions below;

@muditayo wrote; “Waje or Rita Dominic? Anyway, Etinosa minds your business”
@d3.3e wrote; “Some things are better left unsaid.”
@aras_styles wrote; “Wahala for who no Sabi who she dey shade”
@fortunes_mentor wrote; “To be honest, I don’t think anyone announced her relationship in the house. Most celebrities can say and do anything for clout.”
@sade_makinde wrote; “You already say it”
@mos_0902 wrote; “Mind your f**king business Etinosa“