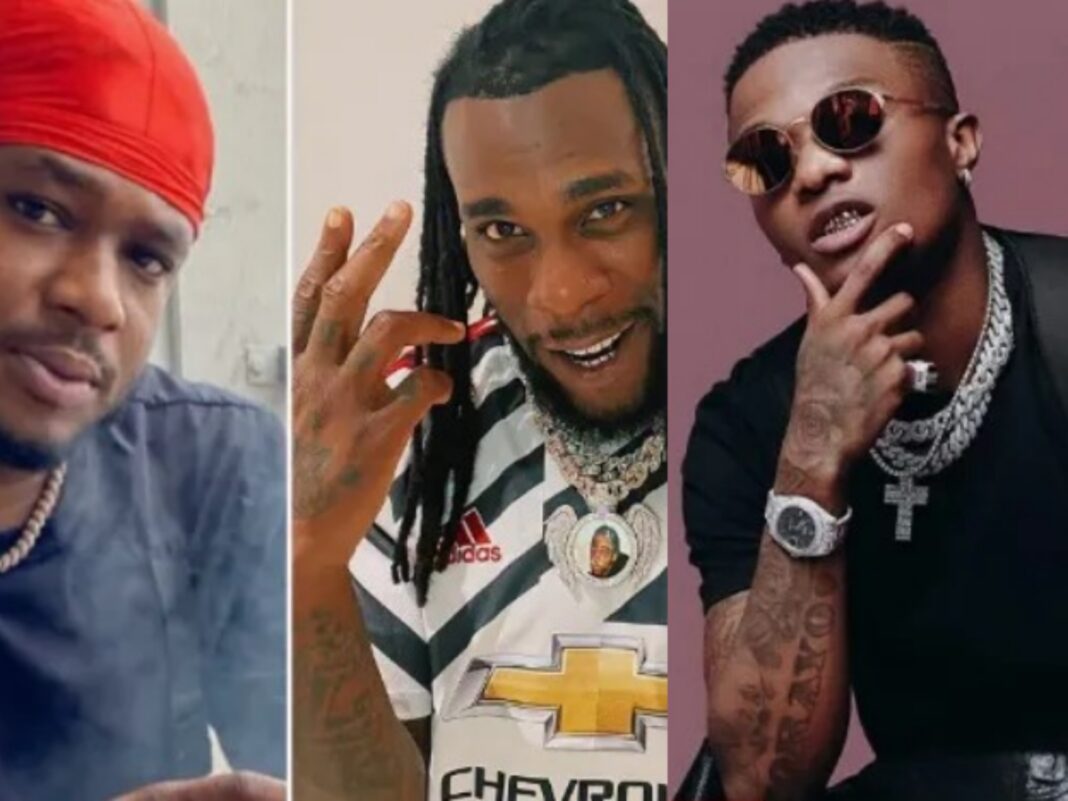 Singer Samdot has descended on Burna Boy’s right-hand side man called King Manny after he threw shades at Wizkid.

Recall King Mani faced the backlash of Wizkid and his fans called the Wizkid FC following some attacks on wizkid. King Manny in a series of posts, made some revelations about their rivalry actions. They also thought of plans they made to deal with wizkid and his fans. However, he divulged that they have canceled all those plans because WizKid and Burna Boy are now best of friends.

He indicated that Wizkid Fc is behind the fracas that ensued between WizKid and Burna Boy. This attracted mixed reactions from social media users. His actions were considered an insult to wizkid and his fanbase.

Samdot in reaction to the brouhaha has given out some advice to his fans. According to him, the personal assistants and close men of artists should be put in check. This is because they can easily cause a problem between the artists. This contributes negatively to the industry.

To him, what King Manny die didn’t speak well of him, as it shows what the discuss she they are alone. Samdot considered it fake love because they are not real when in the midst of Wizkid.

We artists need to put people around us In their place. I’ve never seen anyone from Wizkid team attacking other artists or their fan base. If your PA can attack other artists then, that says a lot about what y’all discuss when alone.
Fake Love everywhere!!!