ABTC
Home Nigeria “I Will Blow And Make You Proud” – Don Jazzy Promises After... 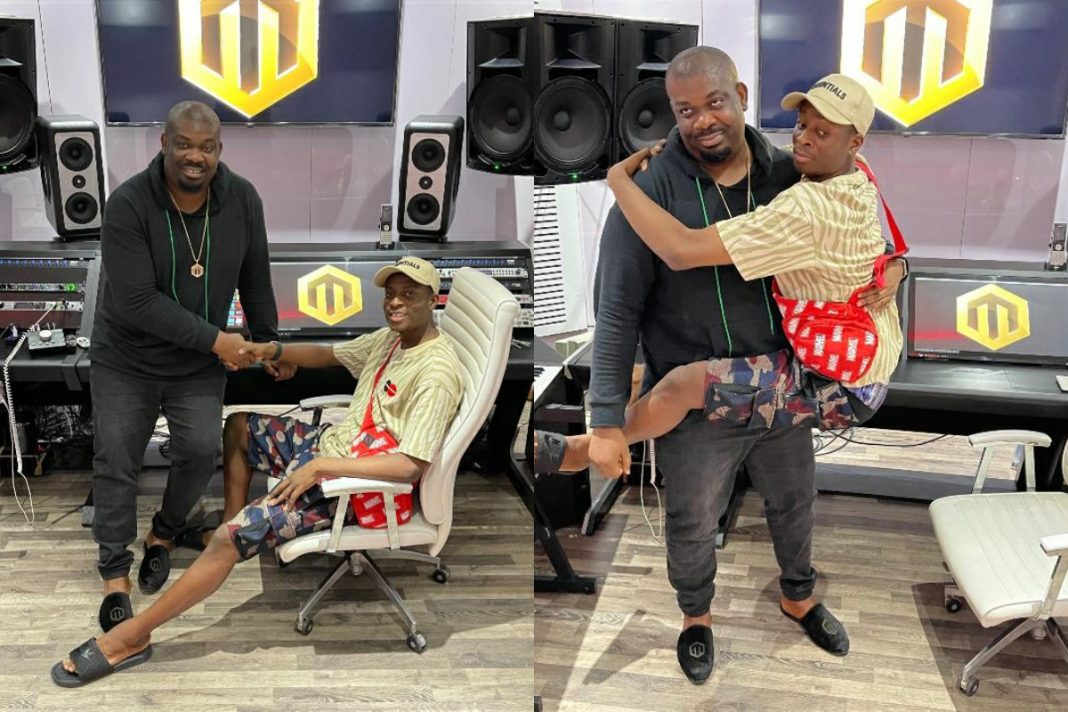 Don Jazzy has taken to social media and promised to blow and make comedian Sydney Talker very proud after signing him to join his comedy skits.

The comedian took to his official Twitter handle and shared some photos of himself and Don Jazzy from his studio and revealed that he has signed the CEO of Mavin Records as of late, Don Jazzy, Sydney, and his crew have been doing their skits together.

The Nigerian record producer, singer, songwriter, entrepreneur, and philanthropist replying to Sydney’s tweet thanked him for signing him, and he promised to blow to make him very proud.

“Thank you sir. Don’t worry I will blow and make you proud. #Mavin Flexed biceps” 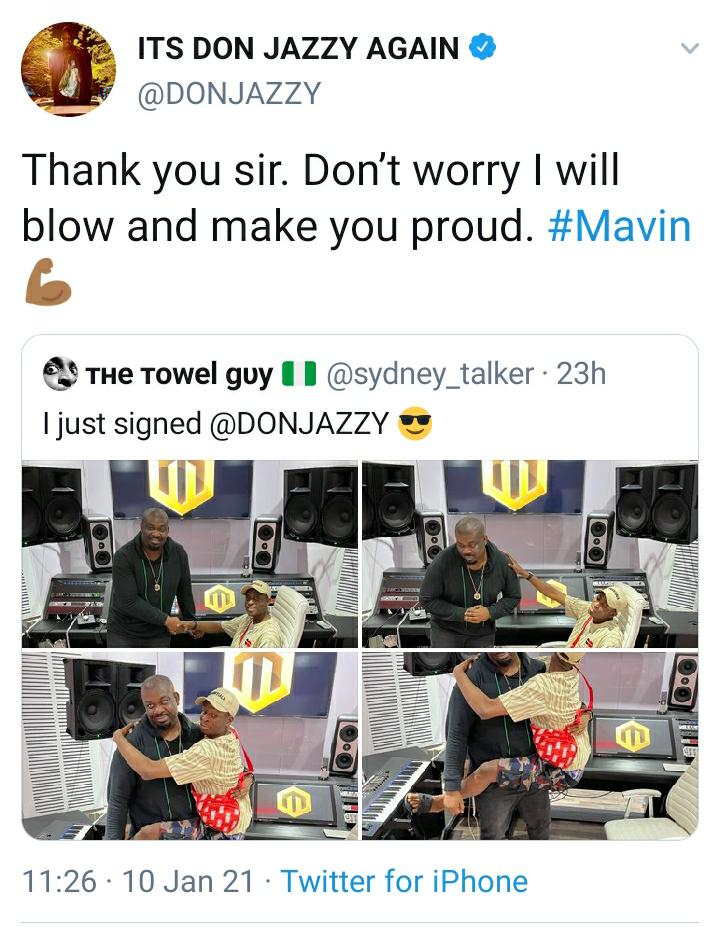