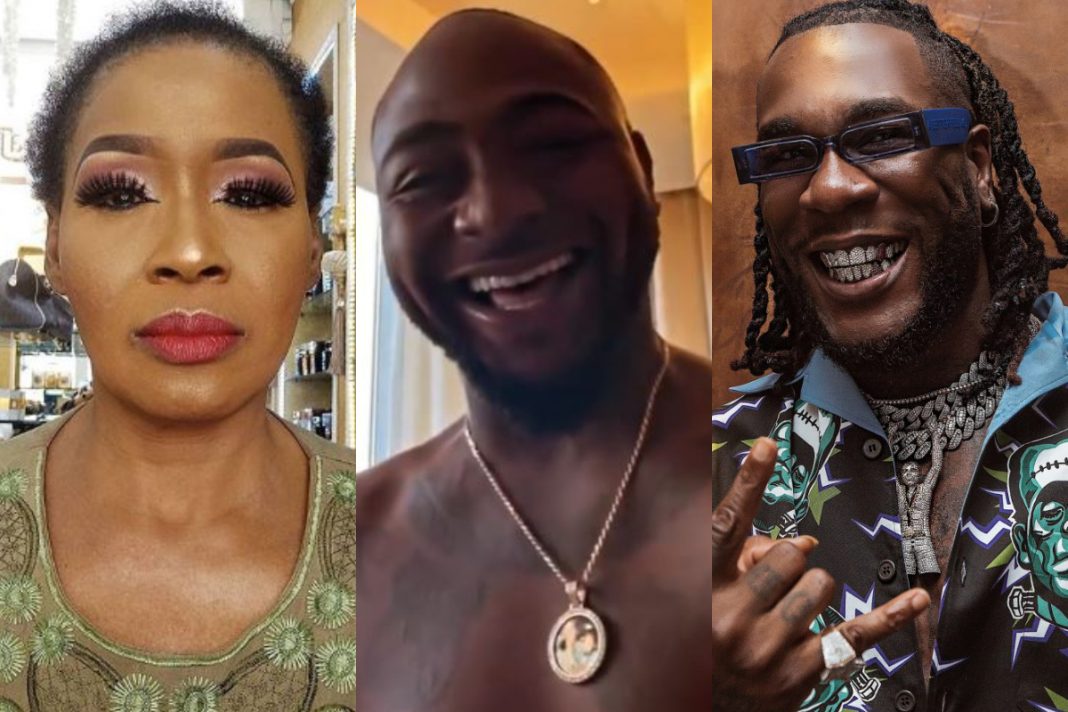 Dr. Kemi Olunloyo has advised Davido and Burna Boy to learn from Biggie and Tupac to not end up like them after the two artists exchanged blows in Ghana.

The popular controversial  Nigerian investigative journalist and music enthusiast reacting to the fight that broke out between Davido and Burna Boy as the two heavyweight artists exchanged blows inside a Twist Night club in Accra, Ghana, while Wizkid was sitting unconcerned drinking wine on December 27, after the three Nigerian artists clashed at the club.

According to Kemi Olunloyo, who is known for always criticizing Davido, the rivalry between them can lead to their death as it did with Tupac and Biggie of blessed memory. The two great American rappers went from friends to enemies where Biggie was shot at a club whilst Tupac was also shot in a drive-by.

Kemi Olunloyo advised the self-acclaimed African giant and the CEO of DMW Records to exercise patience and respect each other because last night could have been their last if someone had tried to kill them in the heat of the event.

“No One Should Be Insulted For Turning Down An Interview”- Vee Reacts After Henry Skule...

Neo Reacts After OAP Henry Skule Dragged Him On Social Media For Snubbing Him At...

Kiddwaya Can Afford All These Things So What’s The Charade? Reactions As Fans Gift Him...