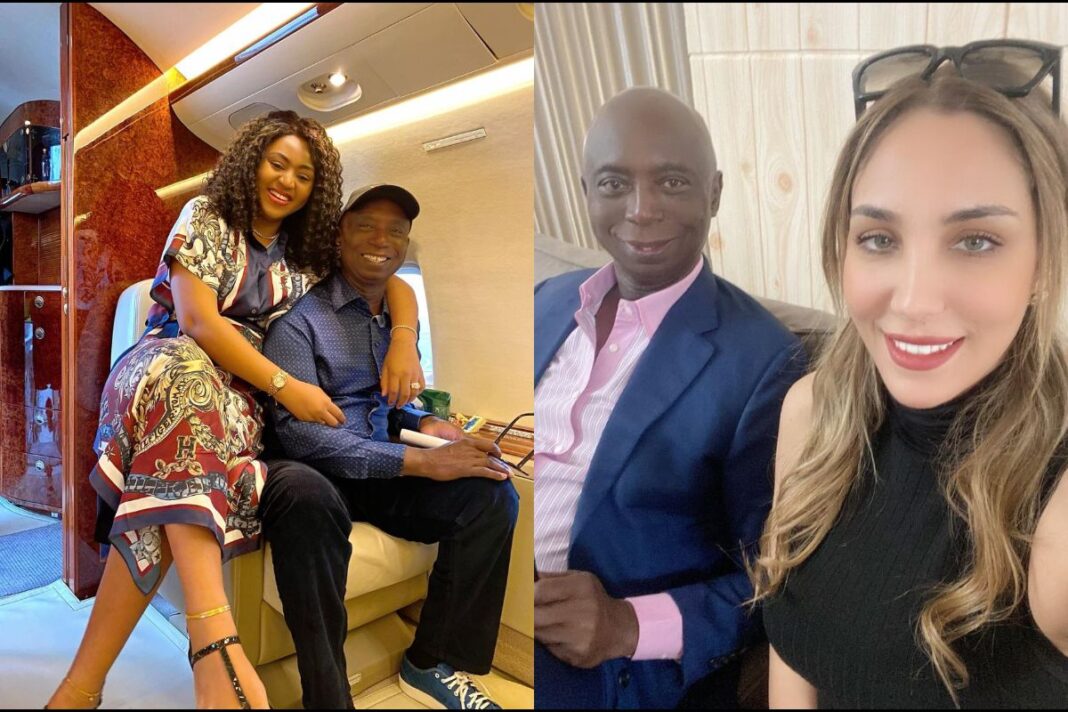 Billionaire Ned Nwoko took some time off his busy schedule and engaged with his followers on Instagram—and revealed why he’s addicted to marrying younger ladies from the ages of 18 to 20.

According to Ned Nwoko, he likes them young and fresh and advised the young men to work hard, make money and be honest in everything they do and success will be theirs.

He also revealed that he married all his wives when they were 18 or 20 years.

For his Morrocan wife, Laila, he married her when she was 20 years—and she will be 30 years in a few days to come.

Ned Nwoko wants to tell the young men that money answereth all things—including getting the type of woman you desire.

Check Ned Nwoko’s interaction with his followers on Instagram below…