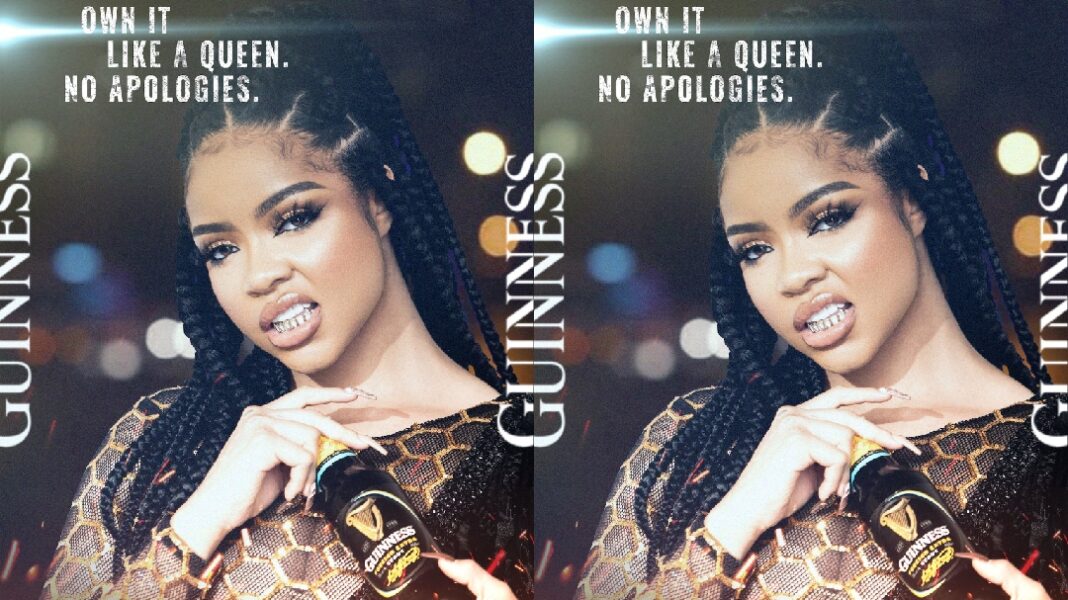 Former BBNaija housemate, Nengi, is one of the females making a lot of strides after the reality show, she has been featured in the commercials of Guinness Nigeria.

The reality star earlier shared a video of herself featuring in the advert with the caption, “Every bold and audacious woman is a queen. Every queen is made of more. Thank you, Guinness, for making my dream come through”.

A few moments after sharing this advertisement on her Instagram page, she was spotted in a flier, holding a bottle of Guinness and flaunting her new gold teeth. Sharing the picture, she also attached the caption, “OWN IT..LIKE A QUEEN. NO APOLOGIES”.

Nengi has begun his year with a lot of goodies as a few days ago, she was also named the newest brand ambassador for Periwinkle Lifestyle Estate. She joined her colleague Ozo to emerge the new brand influencers of the company.

See the picture below; 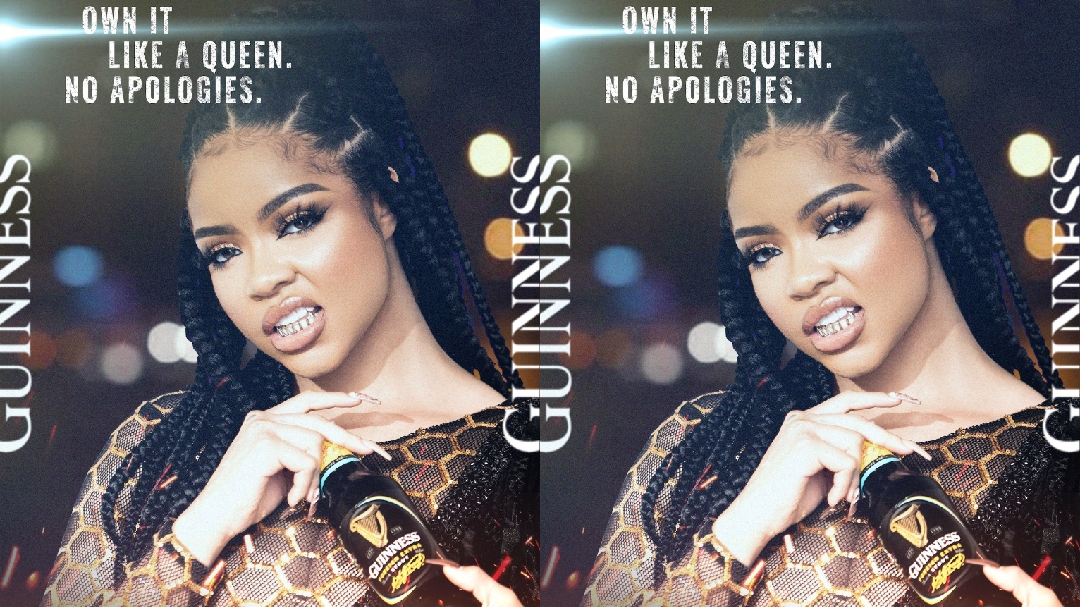 Laycon Revealed Why He Wore Big Shoes To The Headies Awards