Nengi was super excited about her achievement, shared a stunning photo of herself and attached the caption, “A few months ago, if anyone has told me I’d have 2 million followers on Instagram, I’d think they were capping. I have no words to thank each and every one of you. I am forever indebted to your love and encouragement”.

Reacting to this, Davido trooped to the comment section and wrote, ‘Congratulation’. Nengi quickly responded and said, “Thank You Baddest”.

Nengi was one of the actresses who featured in Davido’s Jowo music video released a few months ago. After its release, the song has received a lot of applauds from fans in Nigeria and across the continent.

A few moments ago, American singer Enisa Nikay was spotted jamming to the song. She mentioned that Jowo is a great song and her new jam. 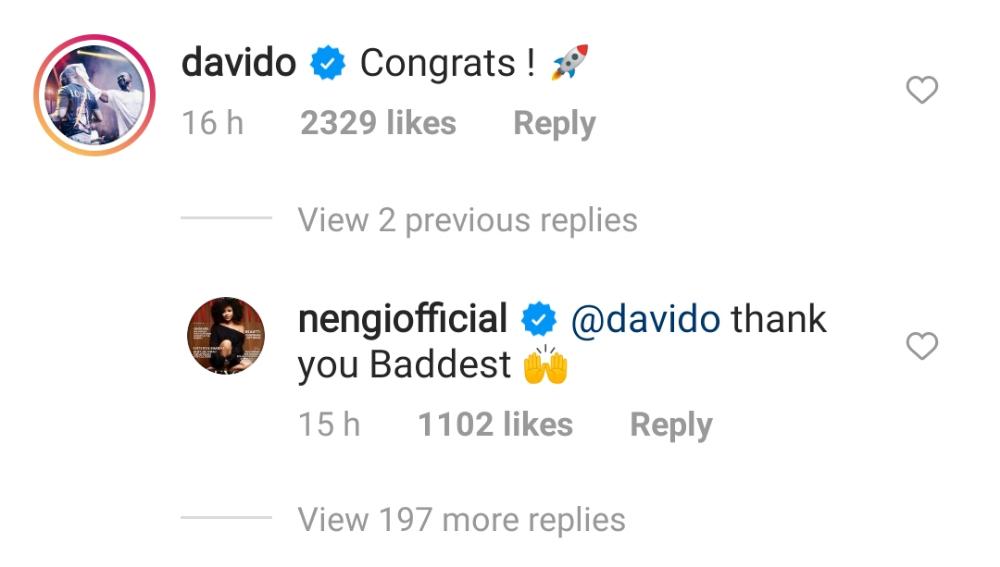 BBNaija Stars, Prince, Nengi, Vee And Neo, Nailed It In Their Outfit To The Premiere Of Coming To America 2