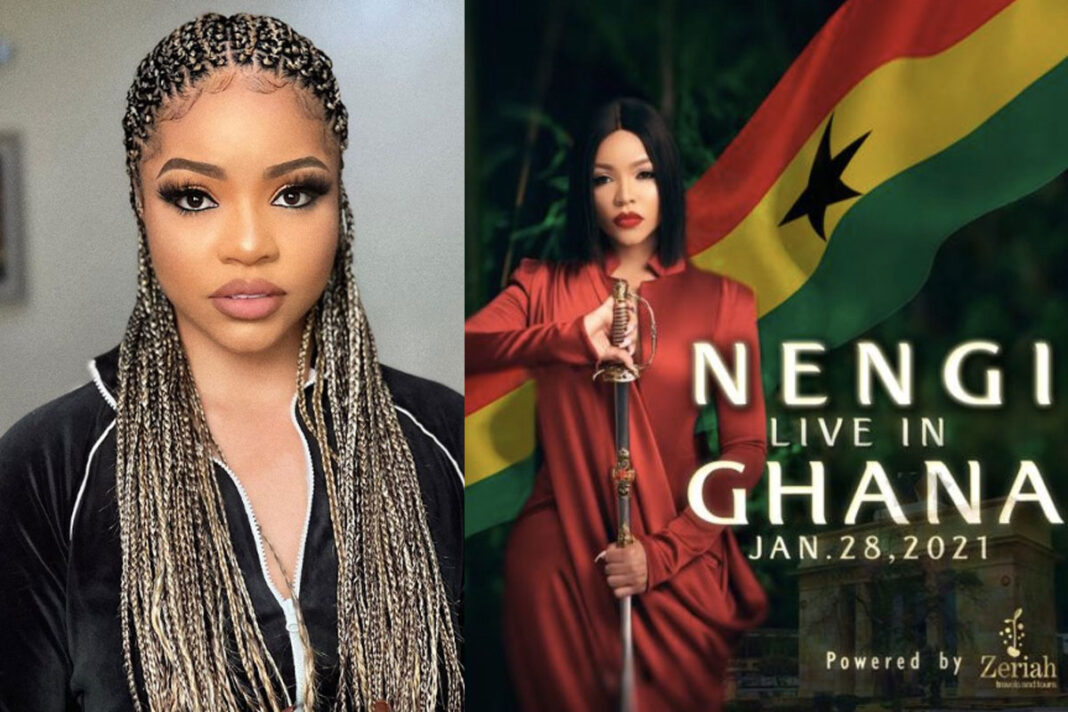 Former BBNaija housemate, Nengi, has announced that she will be featuring on Ghanaian based radio station, Joy FM for their entertainment talk show, Drive Time.

According to the BBNaija star, she is set to make an appearance of the entertainment show hosted by popular Ghanaian journalist, Lexis Bill when she arrives in the country on January 28, 2021.

If readers will recall, Nengi hinted on plans to visit her fans in Ghana the ending of this month after constant appeals by her fans. In a post to announce her presence in Ghana, she mentioned that she cannot wait to meet her fans as Ghana is like her second home because her grandma was a Ghanaian. 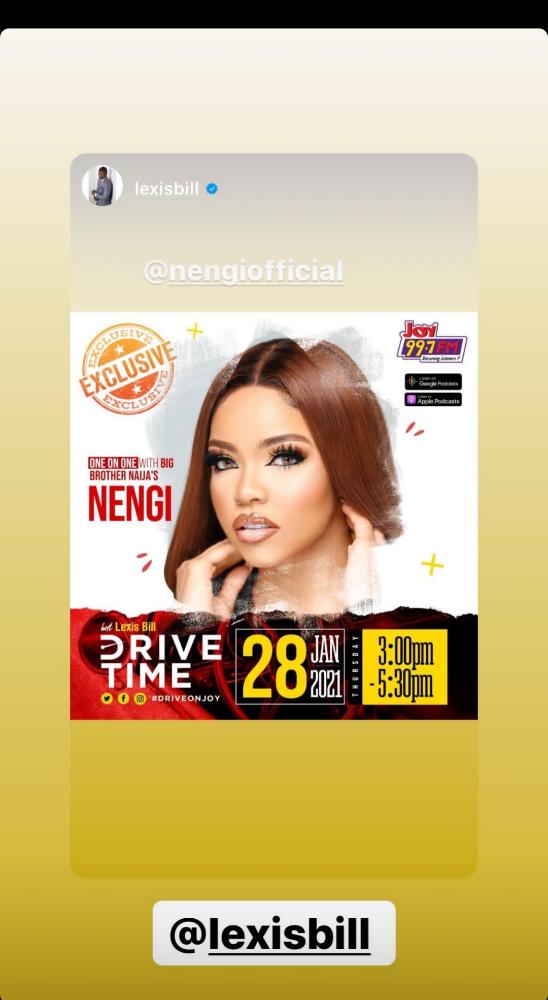