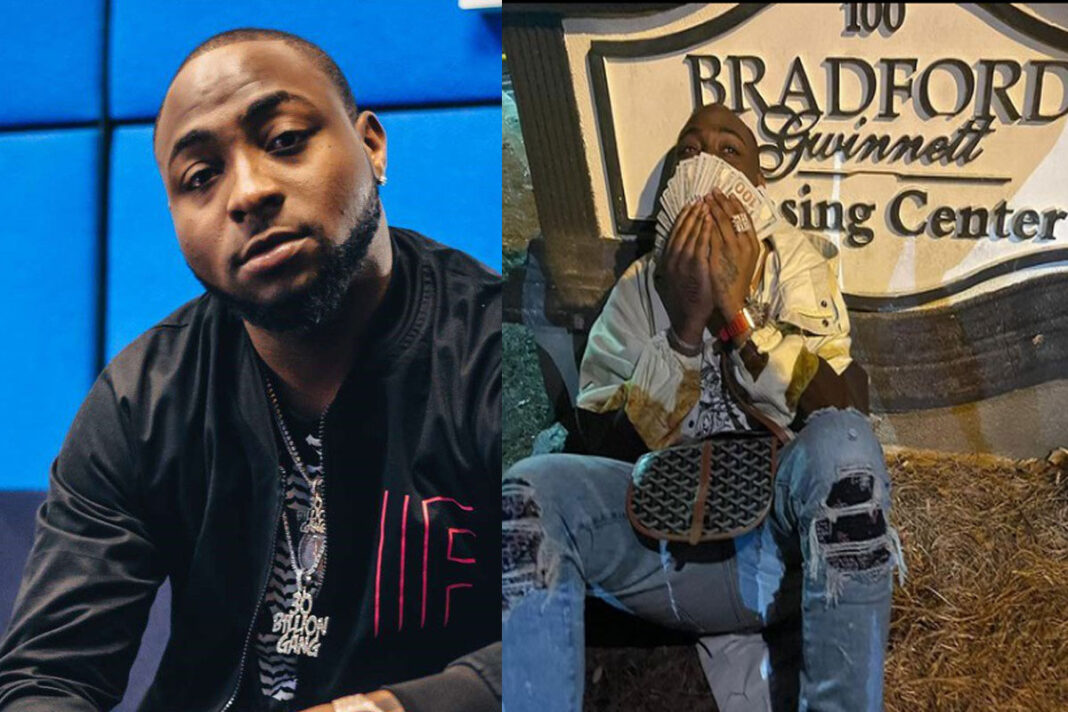 Nigerians have reacted to a post shared by David Adeleke, popularly known as Davido, to recount how his dream of becoming a global icon started as he visited where he used to live when he was broke despite being the billionaire’s son.

The award-winning Nigerian singer and songwriter who is currently in the United States of America paid a visit to the place he once lived 12 years ago in Bradford together with his cousin B-Red and Sina and revealed that they had no money at the time and no support, but all they had was a dream, and today he is grateful for how far God has brought him and encouraged his fans not to give up on their dreams.

Sharing a photo of himself he took from the place, he wrote;

Reacting to the post, many Nigerians doubted the singer as they question if he was ever broke, considering being the son of a billionaire as some alleged that Davido is lying and only clout chasing.

miz_mulan_ wrote; “David pls pls pls stop lying which one is where we had no money no support … whats that ….see guy no vex me this evening ….. na so years back you follow one guy go remix one song title coming from the ghetto….. no dey use us catch cruise ….. if you get weytin to talk talk am no dey lie mtcheeeww”

jame.swilly01 wrote; “Clout animal keep deceiving the youths with rubbish lies you were never broke and you always had support stop coming here to spilt trash”

samuelstunt wrote; “Oga you were never broke, it was just a misplaced priority.”

egidd2000 wrote; “This idiot was born into wealth..please shut up“

Revealed! Why Davido Was Seen With Mya Yafai