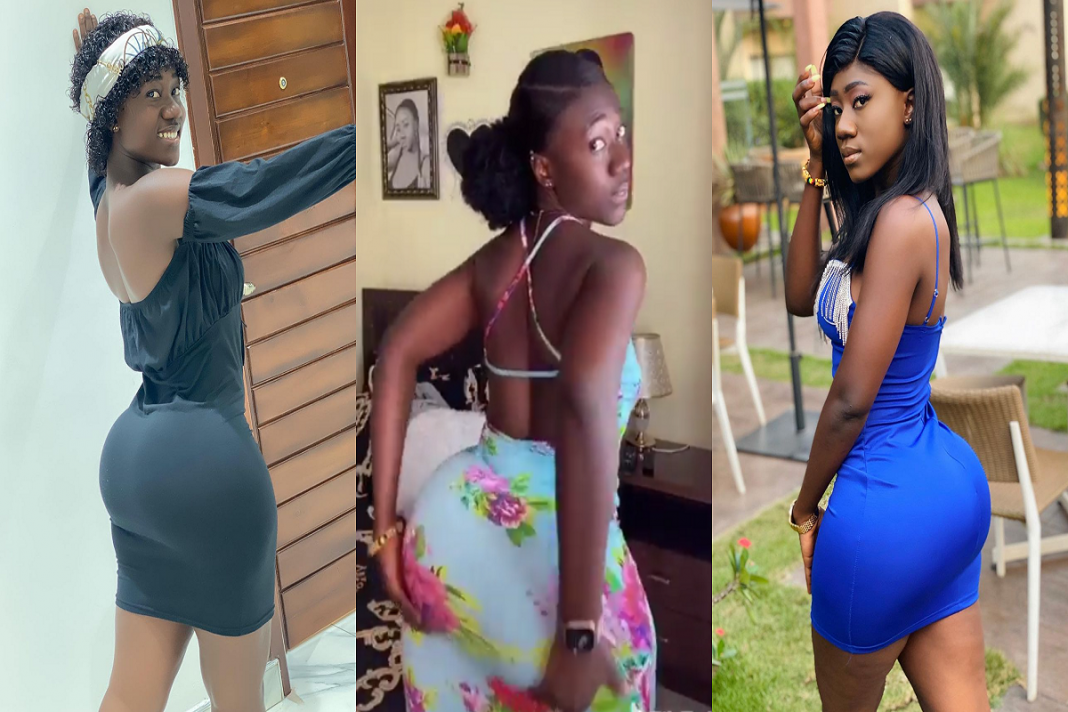 Ghanaian student and brand influencer, Hajia Bintu, has incurred wrath of Sarknation, a fanbase for African rap superstar, Sarkodie for her comment.

The voluptuous photo model was used as a subject for Shatta Wale’s single. The dancehall artiste titled the song ”Hajia Bintu” which followed up with a music video. The song has garnered enough views and it even trended on Youtube for about three weeks.

However, the song seems to be declining in relation to its popularity and streams. In an attempt to draw an attention to the song again, the booty queen tweeted asking which of the song of Sarkodie is bigger than Shatta Wale’s Hajia Bintu. Perhaps the fanbase to target to have good feedback or reaction.

The Sarknarion feel offended and have mounted a serious attack under her comment for disrespecting the legendary Sarkodie by comparing a none competitive song to any of Sarkodie’s song. The comments look unhealthy. Check some below. 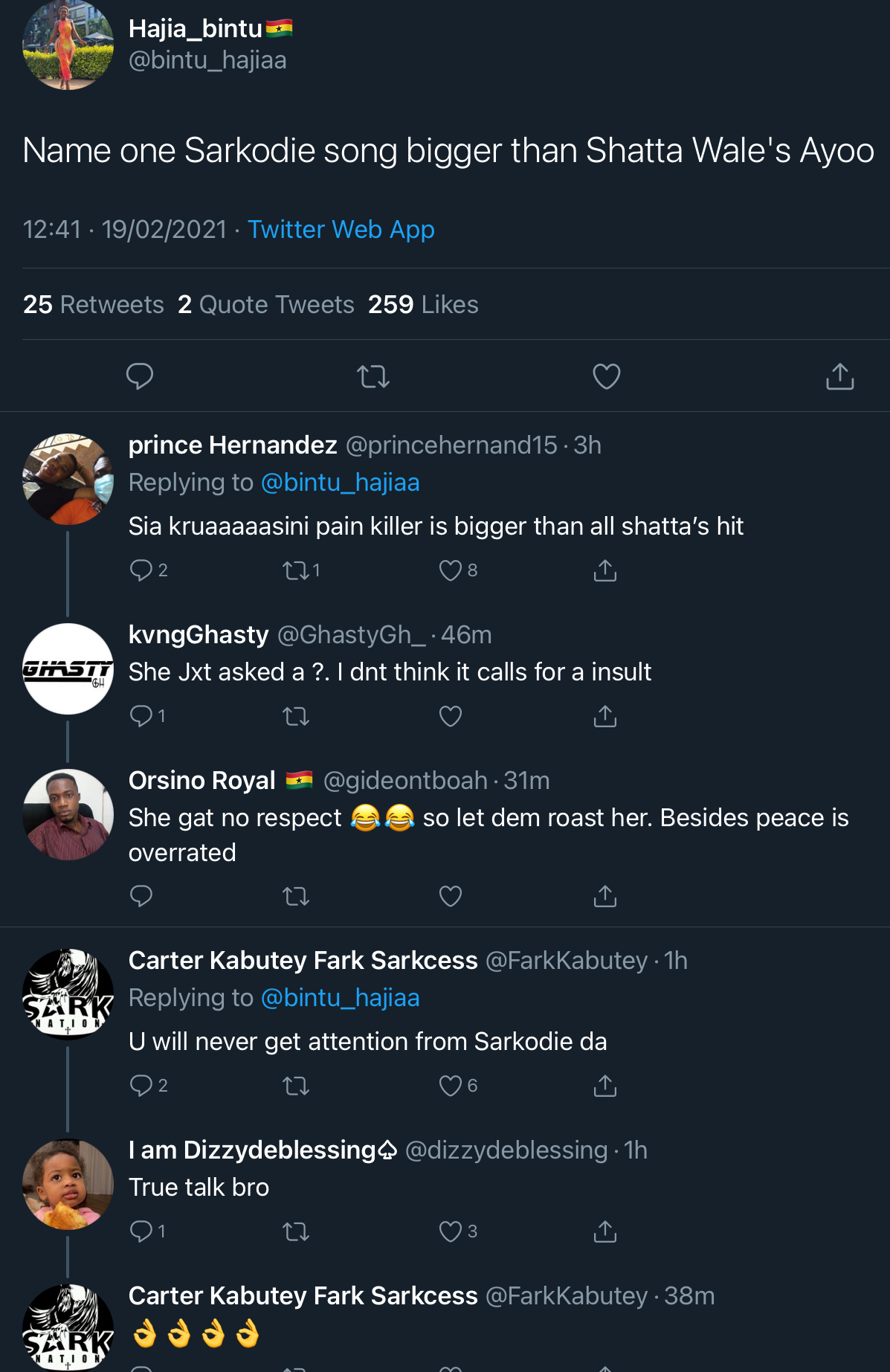