Sarkodie is well known for preaching love amongst blacks. He gave a very powerful speech when he received the Best Informational Flow Act awards during the BET Hip Hop Awards. Sarkodie invited the diaspora to take a journey home and look up to Ghana first when Ghana has launched ”The Year Of Return.”

Sarkodie on the BET cypher advised Black Women to stop bleaching their skin because they are naturally made beautifully. He later featured M.anifest on the song dubbed ”Brown Paper Bag”.

According to a netizen and an ardent fan of the famous rapper, he is about releasing his next album titled Black Power. Identified as, Kwaku Mingor or Sarkcessful Version P.R.O, the world is not ready for the album as it’s about to take the world by surprise. 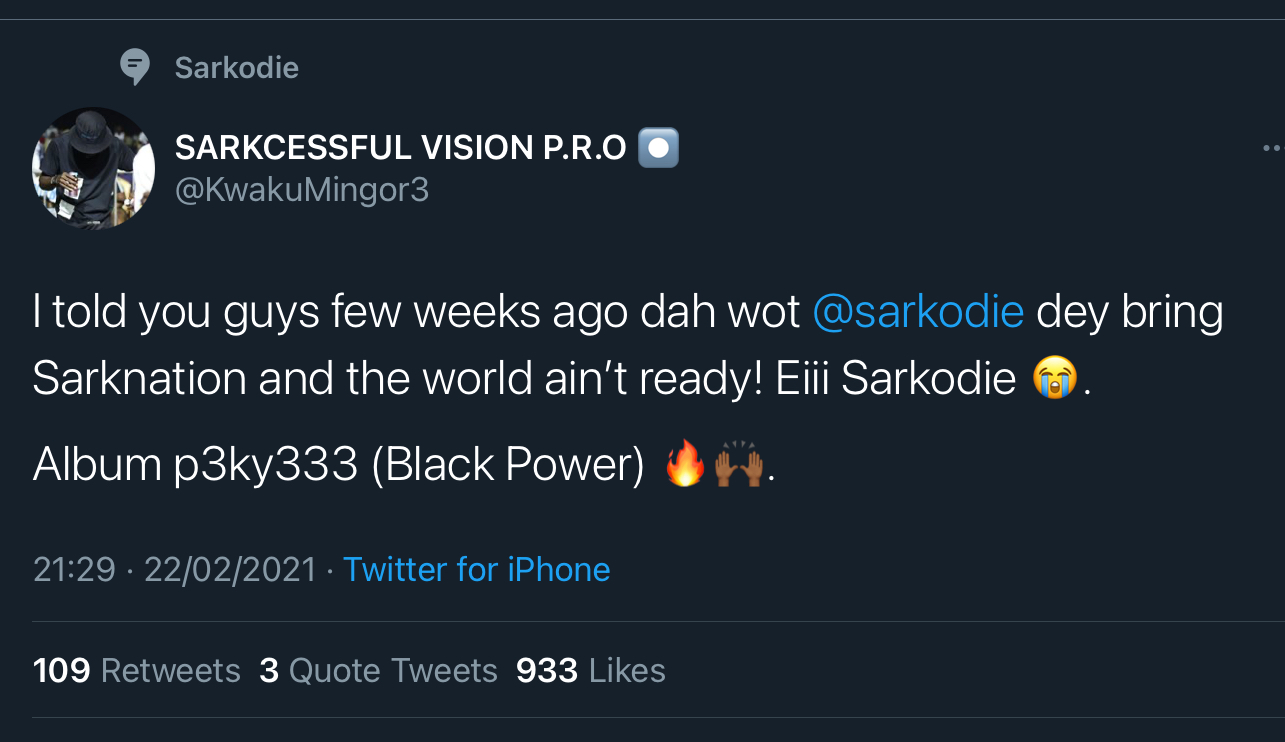 King Of Accra Exposes Sarkodie Over His Lock-Up Capital (Photo)