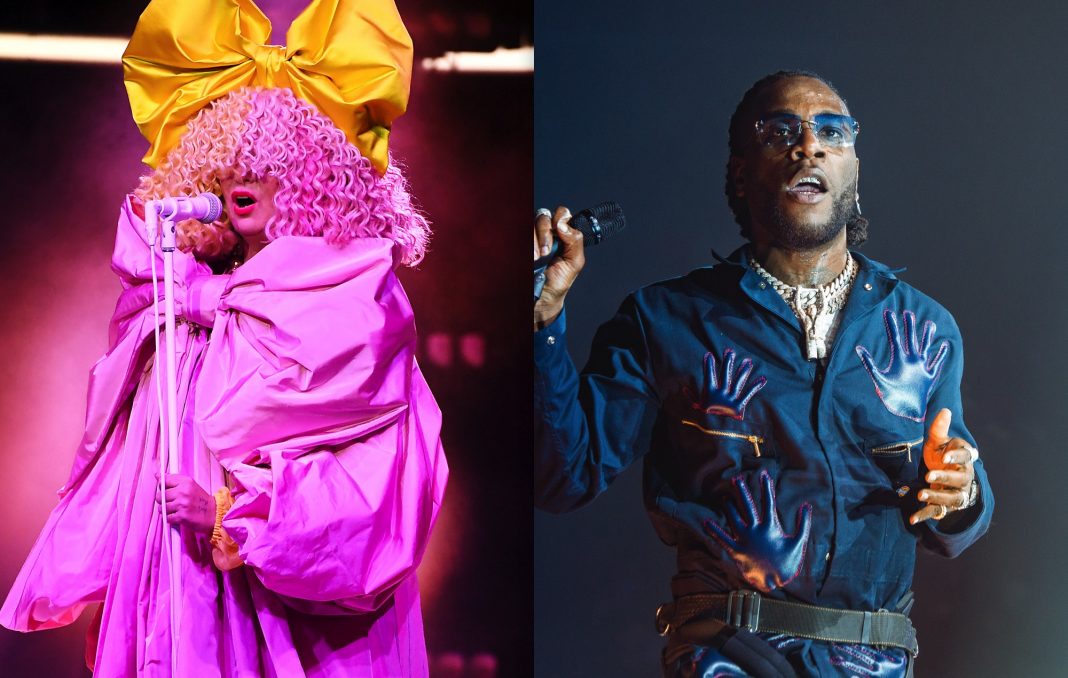 Australian singer and Songwriter, Sia, has announced she has featured Burna Boy for a remix of her recent track, ‘Hey Boy’ which comes off from her upcoming album titled, ‘Music’.

Sia took to her Twitter page and shared a flier of the song with Burna Boy and attached the caption, “Pucker up ‘Hey Boy’ ft @burnaboy song+ video out Thursday- Team Sia”.

The original song is set to be released on February 12 alongside her upcoming album,’ Music’ which was written to accompany her new film of the same name.

Sia’s film, ‘Music’ will be released in cinemas across the world from January through to February. The film was directed and produced by the Australian songwriter herself. The film features top-notch people like Kate Hudson, Leslie Odom Jnr and Maddie Ziegler.

Ziegler is reportedly going to play the role of an autistic teenager which has drawn criticism from social media users. According to Sia, it is unfair for people to judge the film without watching it.