Former BBNaija housemate, Neo, undeniably one of the handsome and most-talked about housemate due to his relationship with Vee, he has shared some stunning photos of himself.

The BBNaija star was spotted in a cool environment in his casual wear while he posed for the picture. Sharing the picture on his Instagram page, he advised his fans not to fake their lifestyle but, always be true to themselves.

Nengi and Neo were known to be good friends and even outside the house, they are still friends. If readers will recall, when Nengi was attending her homecoming in Bayelsa State, she went with Neo.

Neo indeed has nothing to fake about as he has disclosed before that he used to work with the ride-hailing app, Uber before he auditioned and was selected to participate in the BBNaija season 5 show.

See the reaction below; 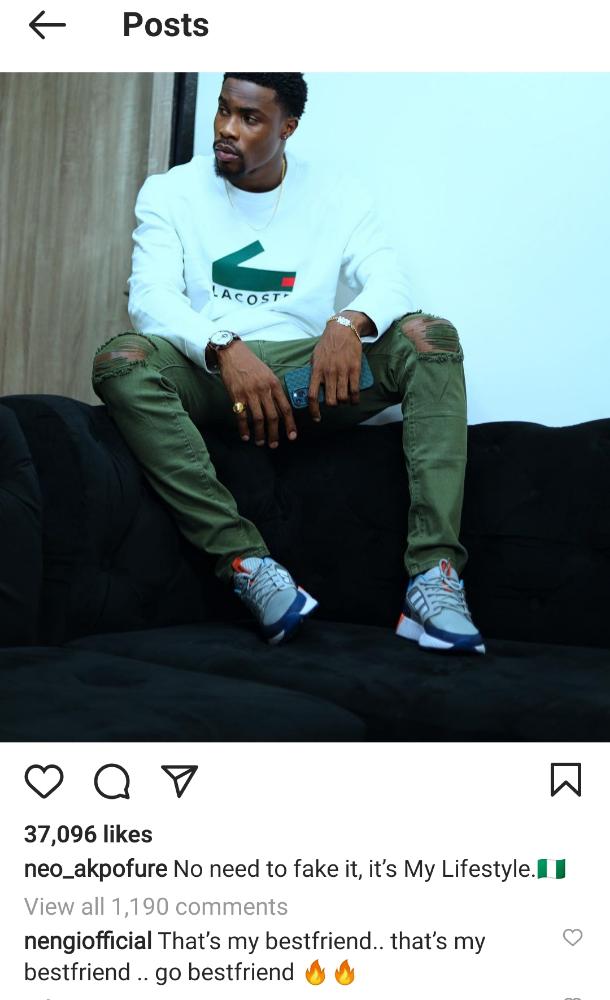