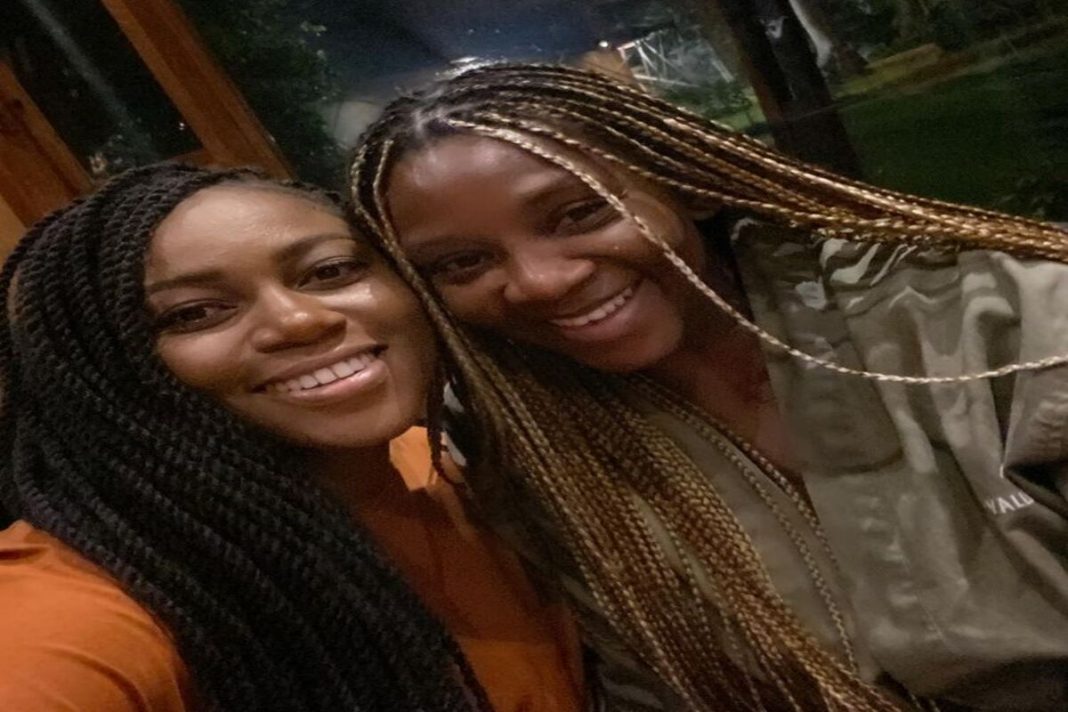 Ghallywood actress Yvonne Nelson has taken to social media and shared a selfie she took with Genevieve Nnaji.

The 35 years old beautiful Ghanaian actress, model, film producer, and entrepreneur who has starred in several movies, including House of Gold, Any Other Monday, In April, and Swings, took to her official verified Instagram handle and shared the photo with a caption that has sparked a puff of gossip on social media.

Sharing the photo with her over 6.8 million followers, Yvonne Nelson wrote; “There’s only One QUEEN ?”

Her captioned has got many social media users talking as some were suggesting what she wrote can mean she was acknowledging the physical beauty of the 41 years old Nigerian actress, producer, and director and downplaying her own beauty, while others were also saying she was referring to the huge success Genevieve has achieved in the industry as an actress and a producer.

Check out the photo below;

Actress, Yvonne Nelson Says It Is Painful To Love The Wrong Person (Photo)