ABTC
Home Nigeria “They ‘Finished’ Me With Charms, And Left Me Blind” – Actress Maryann... 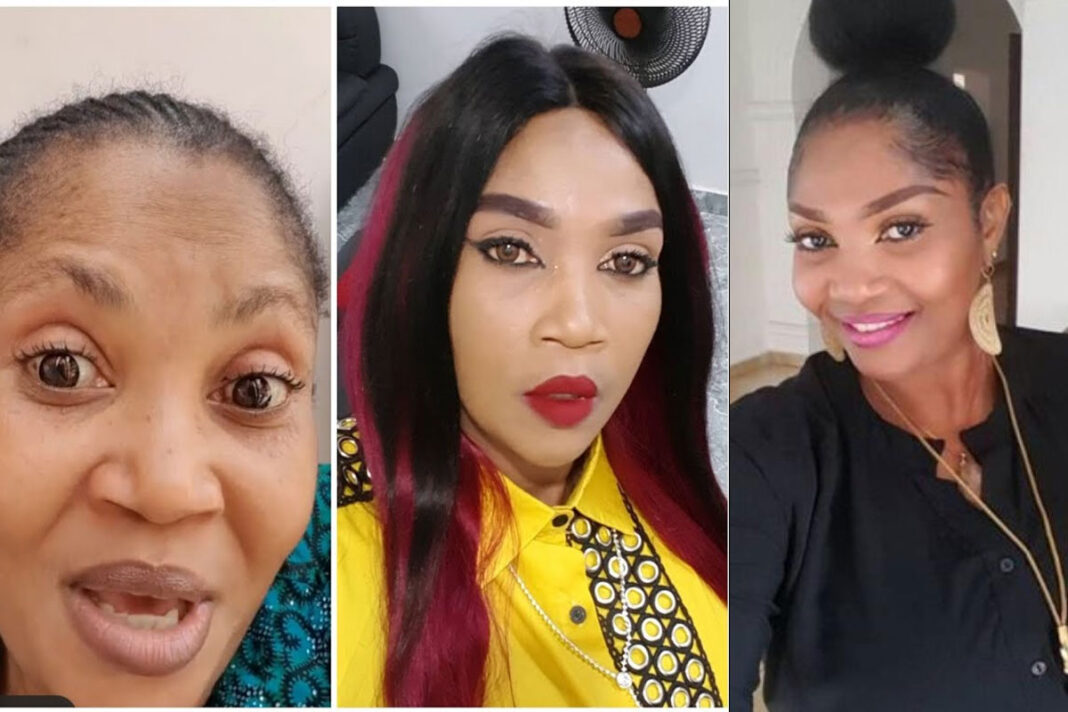 Maryann Apollo has detailed her sufferings in a live Instagram video by revealing how she was attacked spiritually and went blind for six months.

During a conversation with senior colleague Stella Damasus via Instagram live, the veteran Nollywood actress revealed that she became a born again Christian when she saw changes in her life after her encounter with God.

According to her, her journey to Christ was not a good one, and she doesn’t pray for people to go through what she went through to find God as she revealed how she died three times and came back to life and she narrated how she was finished by charms and battled blindness for six months.

“My journey to Christ was not a good one. I don’t pray for people to go through what I went through to find God. Before I gave my life to Jesus Christ, I had been told everywhere I went that I had to dedicate my life to Him. However, something happened.

I fell so ill and they took me from one hospital to the other but there was no solution. I started selling properties but the money was still not enough. This is actually the first time I am telling this story. My family turned upside down until I was operated on. My stomach was opened and they (doctors) said it was fibroid. But, it turned out not to be fibroid. They did not understand what they brought out from my body.

One minute, I was dead, and the next minute, I was back to life. I ‘died’ three times and later went blind for six months.” She said.