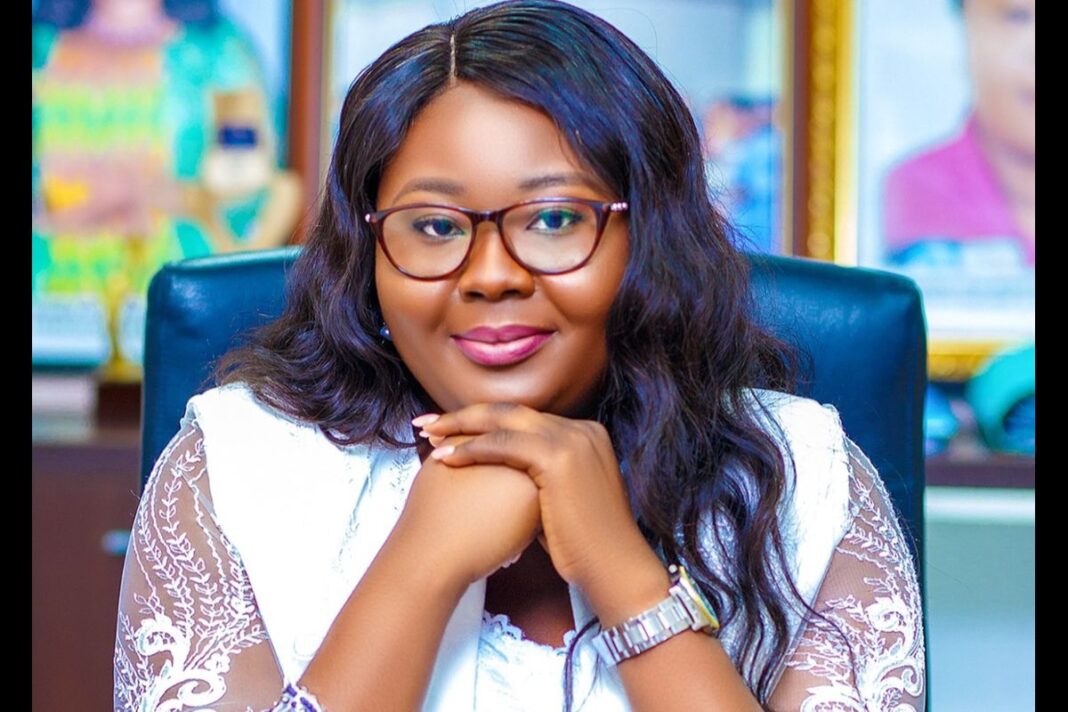 The wedding invitation of the Member of Parliament for Kwabre East Constituency, Francisca Oteng Mensah, has popped up on social media after claiming on live television that she is single and needs a God-fearing man to start a relationship with.

Francisca Oteng Mensah revealed during an interview with Lexis Bill on Joy News’ Personality Profile that she is very single at age 27 and waiting for a God-fearing man to propose to her.

TRENDING VIDEO: Cecilia Marfo Snatches Microphone From Joyce Blessing During Performance And Orders Her To Go Back To Her Husband

But it turns out that she is actually getting married on Valentine’s Day, to one Kwadwo Alade Amponsah in Kumasi.

Francisca Oteng Mensah’s wedding invitation was shared by one CN Baidoo on Facebook with the caption;

“A very big congratulations to Hon. Francisca Oteng Mensah, Member of Parliament, Kwabre East. The MP of the Constituency that has been giving the New Patriotic Party (NPP) the highest votes in the last three consecutive general elections. I wish you well Honorable#StrictlyByInvitation“.

To the men who were warming up to flood Francisca Oteng Mensah’s office and DMs with love application letters, your dreams have been shuttered. Take your applications elsewhere.