ABTC
Home Nigeria You’d Be So Confused Trying To Figure What’s Going On With Me... 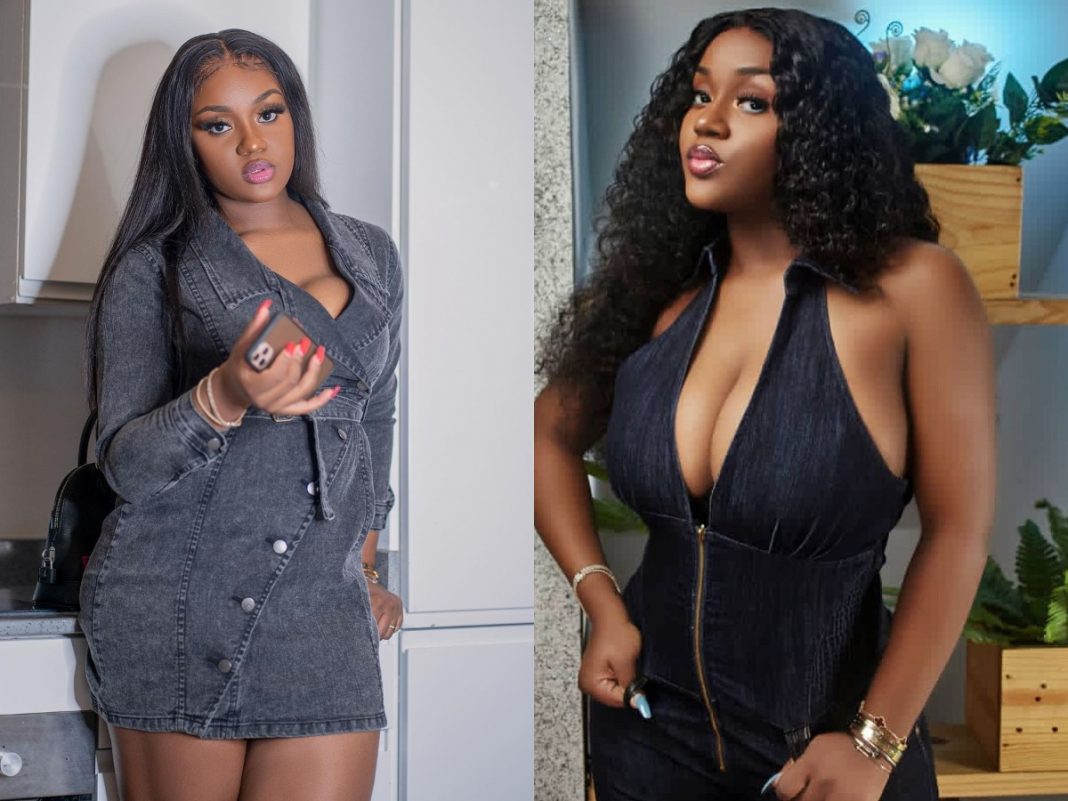 Davido’s favorite baby mama, Chioma Avril Rowland, has taken to social media and disclosed that those trying to figure out what is going on with her should better stop because they will be confused in the process of doing so.

Chioma said this concerning the breakup rumors as she’s no longer being seen with her engagement ring.

It was alleged two weeks ago that Davido and Chioma are currently not on good terms as a popular Instagram blogger Cutie Julls, took to the photo and video sharing platform and revealed that the American-born Nigerian singer, songwriter, contemporary artist, and a record producer and the chef traded blows before he went to Ghana to continue trading the blows with Damini Ebunoluwa Ogulu, known professionally as Burna Boy.

Well, Chioma has finally reacted to the rumors in a comment section of Justin Laboy’s post as she discouraged those trying to figure out what is going on with her by saying they will just confuse themselves in the process. 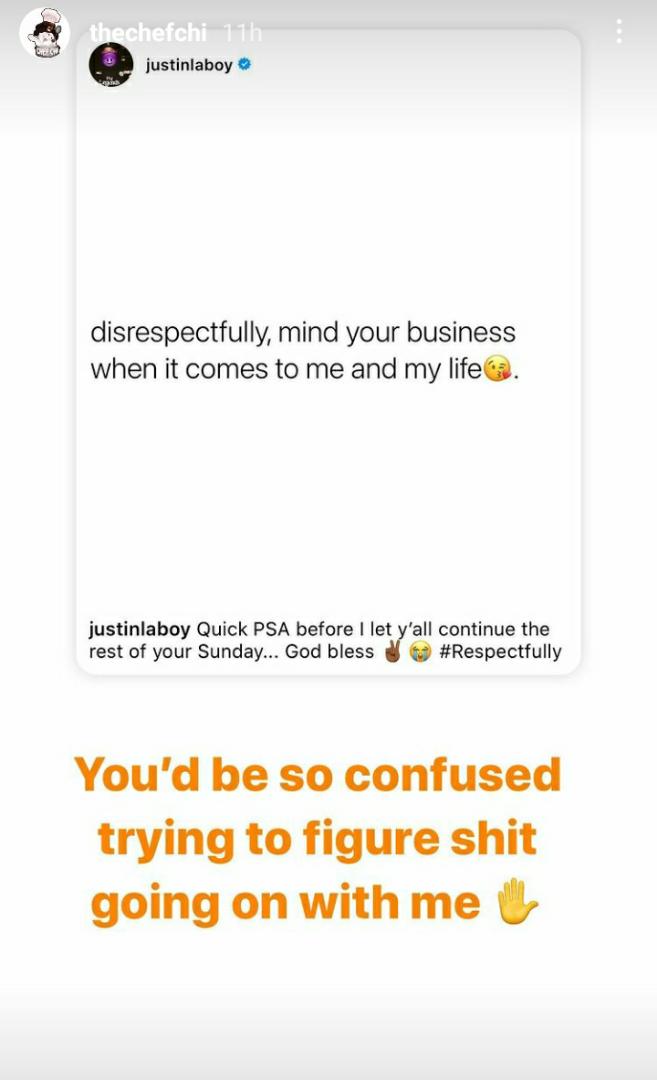