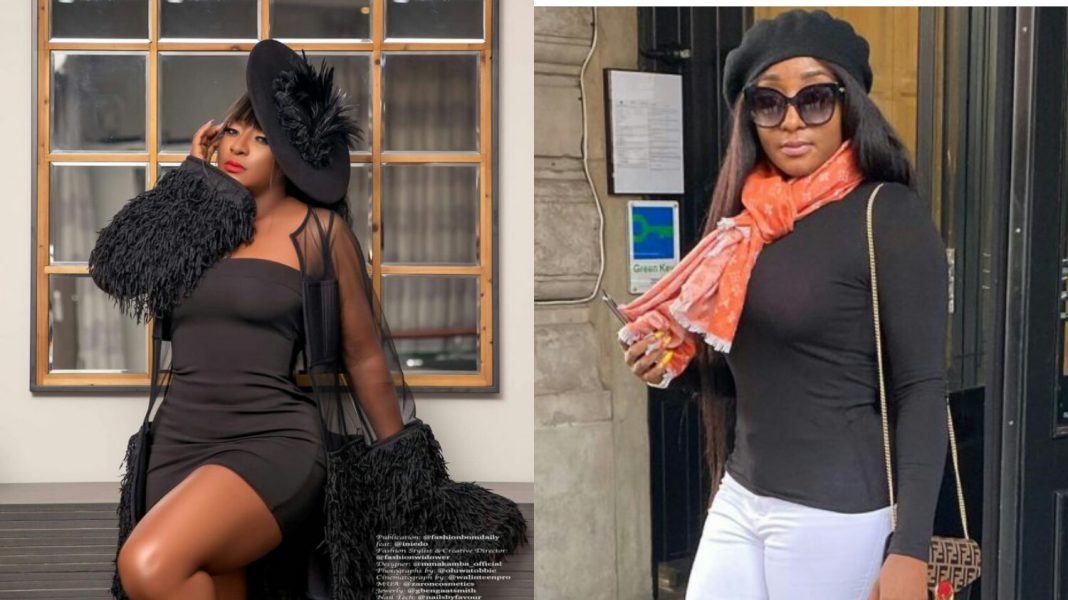 Ini Edo has got many social media users talking after she took to social media to serve her fans and followers with stunning photos of herself.

The Nollywood actress who began her film career in 2000, and has featured in more than 100 movies since her debut, took to her official verified Instagram handle and shared the stunning photos wearing a nice shirt with a pair of jeans with some sunglasses on as she revealed some flesh in her navel region.

Sharing the photos with her over 10.6 million followers, the 38 years old curvaceous actress who was a judge for the Miss Black Africa UK Pageant in 2013 and was appointed by the United Nations as a united Nations Habitat Youth Envoy wrote; “The Turnaround season

The photos attracted the attention of several celebrities like Zubby Micheal, Iyabo Ojo, Uche Elendu as they trooped to her comment section and gushed over her. 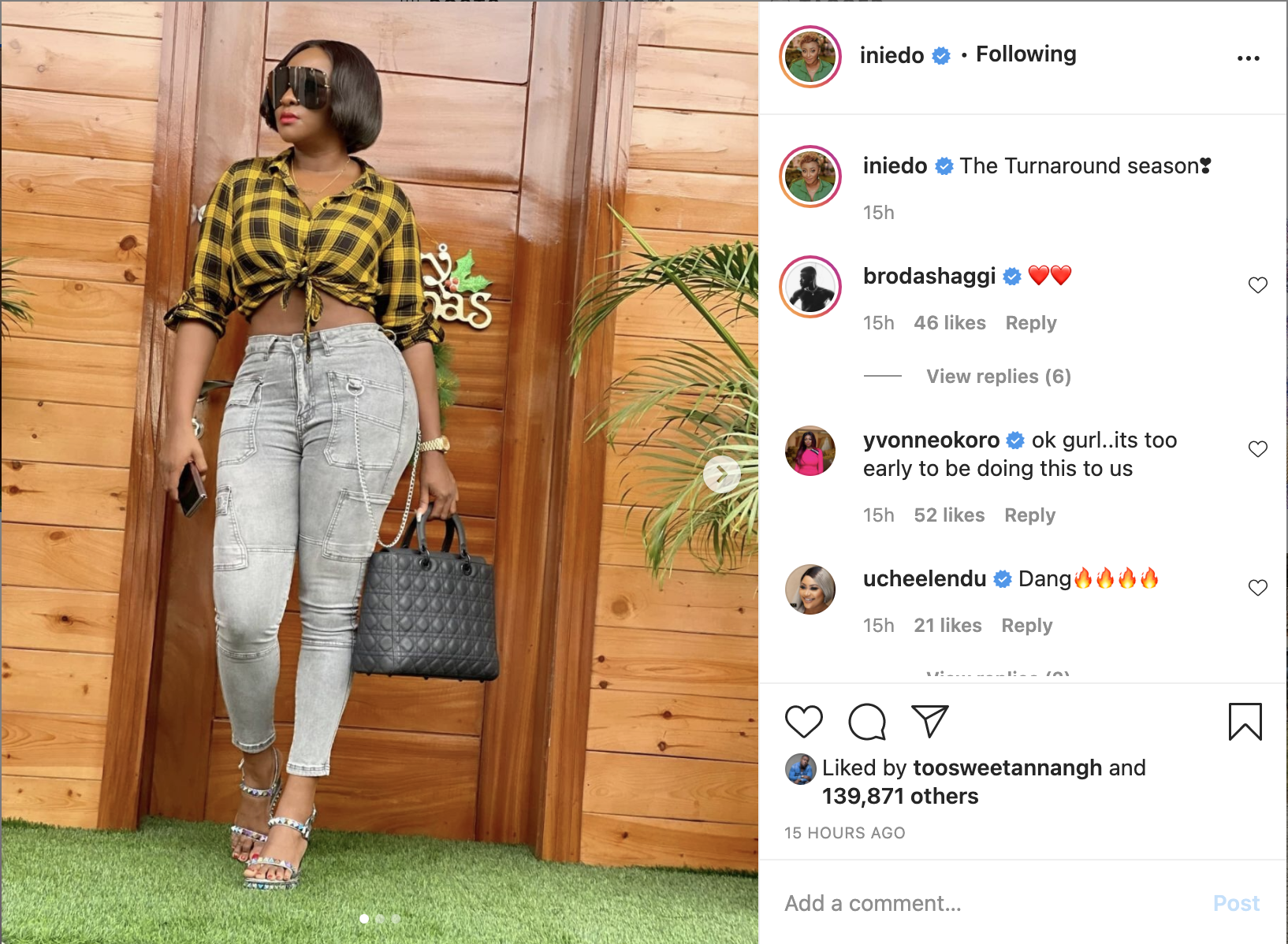 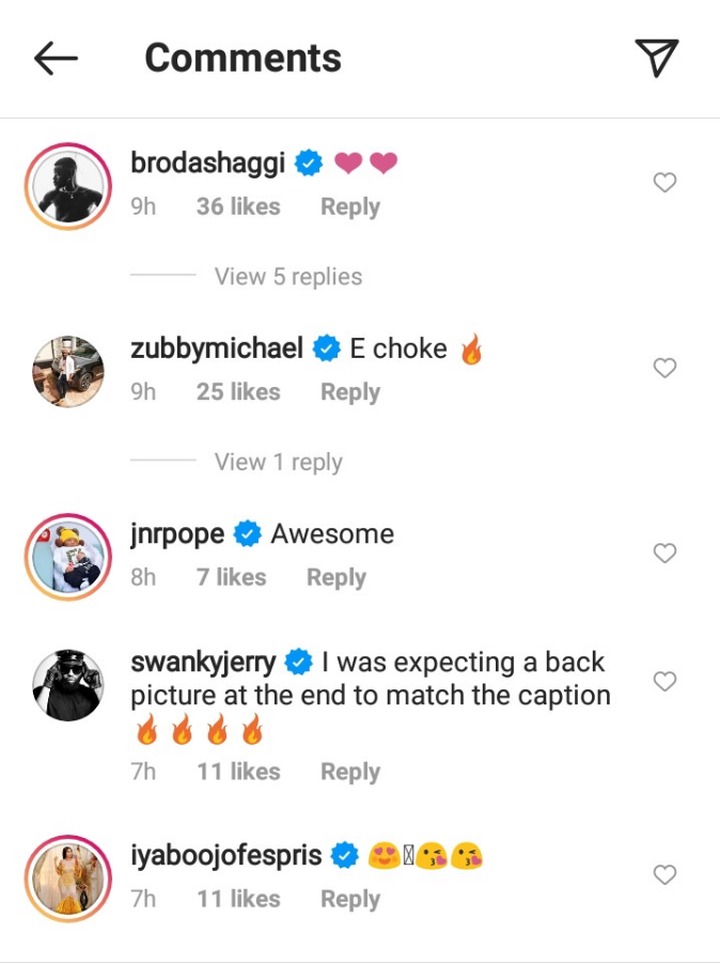 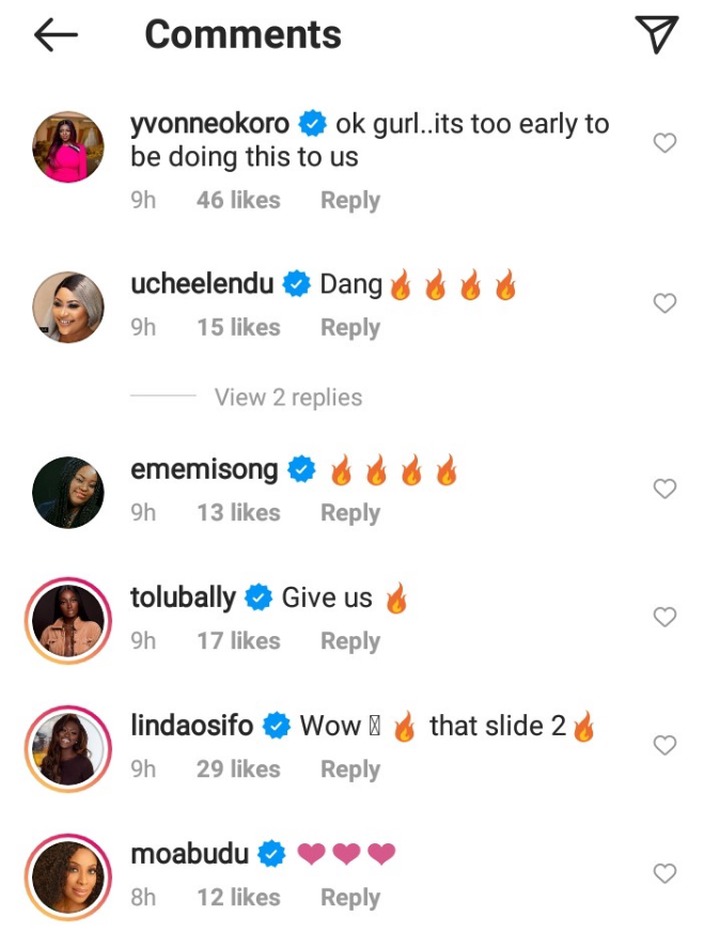